A small report for a small tournament

No mini-musings this week, so let’s jump straight into the article, a brief story of running a tournament that didn’t quite turn out as planned.

If you’re like me, you look at events like those run weekly in the UK or in the Southeasetern Malifaux Players Group (the greatest play group in the world, just fyi) and think to yourself “Hey, I want to run some tournaments like that.” Maybe you came from a place that had a pretty awesome player base that you helped build. And after watching all of these cool tournaments and remembering the good old days, you dream a special dream about running your own tournaments and building your own community in your new home. You join the henchman program. You submit a pre-event report to Wyrd. You coordinate with the local game store owner to get some extra prize support in addition to a standard Wyrd tournament pack. And when the time comes to run your tournaments…you get disappointed. 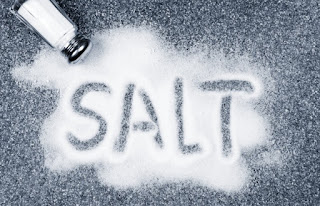 It happens, and I should have seen it coming. There’s a phenomenon that’s appeared in the age of social media where you get the idea that other people’s lives are much better than yours because what you see of them on their Facetwits or Instachat pages is always the very best, most photogenic and envy-inducing parts. The great gourmet meal they cooked once in between McDonalds outings. The awesome vacation they went on to a place they really can’t afford and will spend the rest of the year paying off their credit card. There’s something similar when you follow tournament podcasts and writings like I do, and I fell victim to it. So, to combat this, I thought I’d share what starting out building a community in a small-town part of the world can look like. Maybe it’ll give people a more realistic view, and maybe let you know you’re not alone in your struggles.

To provide some background, I live in Blacksburg, Virginia. I moved here in late 2013 from Omaha, Nebraska which, despite what you may think from its location in fly over country, actually counts as a relatively large city. Blacksburg, on the other hand, is basically Virginia Tech with a town built up to support it and a few other small towns within driving distance. It’s not that no one knows what Malifaux is, here. Indeed, one woman that lives nearby helped with the initial playtest for Malifaux 1.0. However, she and her significant other don’t play anymore (didn’t make the jump from 1st to M2e.) I know another player in the local area who plays gremlins as a break from 40k. AAaaaannnddd….that’s pretty much it. I’ve tried setting up demo days that no one comes to before now. Other than playing games online with Vassal, there was a point in time after my daughter was born when I didn’t play a game of Malifaux for almost a year and a half. Since she’s gotten older and my schedule's become more free, I’ve dipped my toe into the Wandering River style of my blogging partner, Phiasco, and have traveled to some Southeastern Malifaux tourneys nearby. However, when I heard about a local gaming convention (NRVFaux, you might have heard me advertise it on here previously) I thought I would run a small tournament for it. The game store owner was happy to get me to join in and offered some convention money that people could use at the vendors. I did all the stuff I mentioned above to start promoting it. I traveled to other tournaments in the region and tried to promote mine there (and it’s a good thing I did, as the two folks that traveled from Bristol were the majority of my player base.) When the week of the tournament came around, I was expecting to have 6 people show up: two from Atlanta, two from Tennessee, and two locals (one of the locals was iffy, so I was preparing myself to ringer if necessary.) Not a huge tournament, but not bad for a start. If it went well, then maybe I could build from there.

However, the day before the tournament one of the Atlanta people dropped out, so it was just Phiasco making the trip, and I learned day of that neither of my locals were able to come either. So my tournament was cut in half, and I was basically going to have to step in and ringer to allow the people to have the full 3 games that they drove all the way to play. This was not great. I was not happy.

I tried my best to stay positive, however, and kept things moving forward. And the bottom line is, the tournament (such as it was) was a success. I had Andrew playing Arcanists (Rasputina each round,) Rich playing Ressurectionists (Seamus, I believe,) and Phiasco testing out Ten Thunders Brewmaster. The first round, one person who had traveled from Tennessee with Andrew and Rich sat in the Ringer’s chair with me coaching him how to play Andy’s Ramos crew (a bit of a joke, as I’ve never played that master before, but I think he enjoyed himself.) Second round I ran a demo with my own models for someone who wandered by and seemed interested before taking over the Ramos chair (might as well learn a new crew) and fighting to a draw against Jon’s Brew Crew (because that’s what happens when we play each other in tourneys, apparently.) Last round I squeaked out a win despite a near tabling by Rasputina (Rich looked down at the table at one point, saw no spiders on board, and said “Well that must not be going well.” But remember kids, just like we Henchmen tell you in every demo we run, Malifaux is a game you can win even when you lose the combats. Play the objectives!)

Winner of the tournament was Rich’s Rezzers, scoring him a mystery box with an alternate Gator in it. Andrew won 2nd place and got a Barbaros, as well as winning the painting for a very nice Malifaux Raptor which would be pictured at the top of the article, except my phone's SD card broke and took all my pictures into the cyber grave with it. And the raffle drawing for the Doctor Dufresne Phiasco had put up went to Rich also, which was great since he didn’t own McMourning and played Rezzers. Everyone seemed to have a good time, which is great. I learned a new crew (must…resist…urge…to…buy…Ramos…) And, best of all, Andrew let me know that his area wants to learn Through the Breach and at some point in the future we’re planning on having me go out and run a module game for them, which counts for my Henchman program requirements. Perhaps they’ll get to run through Bad Moon Rising, the module I ran at Gencon? We’ll have to see. So, while the tournament didn’t turn out the way I wanted it to go, it was an overall positive experience. I don’t think I really made any progress towards building an oasis in the midatlantic Malifaux desert, as no locals participated, but I had fun, and I put together an event for three other people to have fun as well. And, really, that’s what being a Henchman is all about (beyond promoting Wyrd, obviously.)
Posted by AgentRock at 3:13 PM