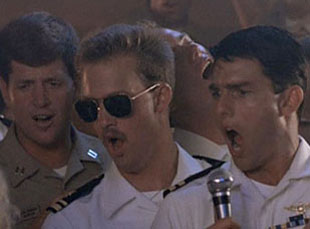 Confession time: I spent a long time getting Malifaux Musings to become a top source for Malifaux news in M2E. I was hustling. I listened to every Malifaux podcast that was out there, good or bad. I made friends with members of Wyrd’s staff. I playtested many of the books for their games. I even wrote a couple of Through the Breach adventures for Wyrd Chronicles back in the day. I was Mister Malifaux. I won’t pretend like much of it wasn’t selfish interests. I tried to get a Patreon going (apparently blogs don’t draw in much in the way of patrons) and enjoyed the small amount of additional income I could bring in from writing from time to time as a freelancer. I had a fantasy that maybe I could even someday make a living from it. There's a job application from me in their files somewhere, believe it or not. It wasn’t something I necessarily was building around, but it was fun to imagine working for them.

Then the M3E thing happened. It was a good thing for the game, but not a good time for being a Malifaux blogger. I was really getting into TOS, and the M3E leak pretty much was like Malifaux running up behind the new game and shoving it face down in the mud. It has never really seemed to recover. Plus it meant that M2E Malifaux was effectively dead and buried from the minute the leak occurred, which meant a year of NDA playtesting and no new Malifaux stuff to write about anymore. There was a lot of turnover on the Wyrd staff, and a lot of the folks I knew left. Not that I don’t like Matt and Kyle, the current designers (there's another guy, but I don't remember his name). They’ve been nothing but friendly to me, and Kyle was my editor during my brief time freelancing for Wyrd. I just miss Mason and Aaron, and I guess I’m set in my ways. Old Man Rogers is what my wife calls me, and I guess in a lot of ways I live up to the moniker. Speaking of my wife, my life was going through a lot of changes at that time too, as I was moving from the academic world to the bio-tech industry. This was a good thing (no more sweating about how we’re going to buy groceries for my family on a weekly basis is tough to argue with) but made it harder to stay in the Malifaux Musings game. Also, the Malifaux playing group in the area I moved to were, well, let’s say “very competitive”. This was not a group to experiment with something wacky against, as they would wipe the floor with you.

I was playing the Ten Thunders, you see, and was doing so in a point in time when they clearly needed to be tuned down, but it hadn’t happened yet. When I declared Ten Thunders in one tournament game, my opponent looked at me with a disgusted expression and said "Must be nice." I liked Shenlong, McCabe, and Yan Lo, and I liked all the cool versatile stuff in 10T. All of those things, of course, would eventually be vilified (rightly so) and so I felt like crap when I played them, and the people I was playing against made sure to let me know about it regularly as well (usually while playing Soulstone Miners and various other “balanced” things, it should be noted.)

So, yeah, I kinda fell out of love with Malifaux for the first time since I started back in 2010. I walked away. Didn’t paint models anymore. Didn’t write for the blog. Didn’t even play Malifaux or really any Wyrd games for a year. I needed a break. I needed time to get away from the negativity for a while. I needed time for the GG1 and the 2020 Errata to knock things down to a level playing field (or at least to what people are more likely to consider to be a level playing field.) Over time things started to get better. I’d catch a Third Floor Wars podcast that piqued my interest. I ran a vassal league for The Other Side, though it faded a bit towards the end. Was even planning on going to Adepticon and some local conventions to try and get back in the game.

Which was obviously right when COVID-19 kicked in and fucked everything up.

Now, this is turning into a sob story about me, so let me pull a 180 real quick. This is a game and a blog about it, not life-or-death stuff. I live outside Cedar Rapids, IA, so the derecho storm that just came through and flattened half of it helped to underscore what's really important in life. Also, this isn’t meant to be a “Grand Reopening” post either. Lord knows I’ve done enough of those over the years. It’s more to discuss the things that helped me find my way back. The first of which was when I quit taking the game so damned seriously. I have a real job now, so I don’t have to hustle to keep up with every change and little bit of news that comes along to try and grow the blog. No more sitting around and trying to force myself to come up with topics, or kicking myself when I’m late with a post. This is going to be a project I do for fun, when I feel like I have something to share.

Also, I don’t play competitive Malifaux anymore. That's an official announcement. I’ll play in tournaments, because that’s a good way to get in multiple games, but I’m not going to go aiming for podiums or anything to the expense of enjoying the games I’m playing. The best competitive result I had in M3E was in a tournament in Des Moines where I came in second with an undefeated record. Going into the last round, I had to leave for a moment and do some deep breathing to calm myself down, because my heart was racing to a near panic-attack level as I wanted desperately not to screw up in the last round. This is not a formula for an enjoyable afternoon, and it reminded me of something. I once heard an anecdote of an amateur golfer out for a lesson with the country club pro. The amateur walked up to the tee, set his ball, lined up the shot, and promptly shanked his drive. The amateur was furious, cursing himself out for such a bad shot, when the pro put his hand on his shoulder and said “Calm down, man. You’re not good enough at this game to get this mad.” I don’t play enough to be a champion at Malifaux, and I don’t know that I really want to. This game takes a lot out of you. Everything you do is a decision that can end up cascading into a win or a loss, and you can go crazy trying to analyze everything to make just the right move. Not to mention the fact that I have 3 kids, a wife, and a job that takes up most of my personal bandwidth. I just don’t have the time to be the best at this game, and I needed to realize that and give myself permission to just play for fun again. So, that’s what I’m gonna do. If a crew seems fun or I like the theme, I’m going to try it. I’m not holding myself to one faction either like I did for the first year of M3E. If it looks cool, I want to try it. Time to let the inner Magpie fly. And if I play something that happens to be broken and you don’t like it, I will kindly nod and respect your opinion, while inwardly reminding myself that I don’t give a crap about your opinion or your bad attitude. Like T-Swift, I will chose to simply shake it off.

So what am I gonna do? Well, one of my goals for 2020 was to have a whole painted faction, the Ten Thunders. I don’t honestly know if I’m gonna make it (took almost 6 months off of painting, after all) but I’m going to give it my best shot. It helped that the Gencon limited editions were all Thunders models that I needed (plus Miss Guided is a superior model to Fuhatsu IMO) so I’m starting from there. Plus, I think I’m going to maybe try to get games in with the models as I’m painting them so I can have a “Here’s the thing I painted, here’s my impression of how it plays on the table” type post. I think that’s got some cool synergies. Right now, I have:

-Honeypot Crew-Most of the keyword built and painted. Needs Kitty, might paint the new Lynch and HD from the just released boxset.

-Last Blossom-Just the boxed set, and needs a lot of work to bring it up to the level of painting for the rest of my models

-Yan Lo-Some of the Ancestors need touching up. Don’t own the Daimyo so need to find a cheap one of those to work on. Also, his minions that can pick up the reliquary upgrades and be used to resummon them without losing a model haven’t been released. I have a proxy, but that doesn’t count.

-Monks-Shenlong, Yu, Peasants done. Rest of the monks still need to get painted.

-Oni-Boxed set and some Oni bought but not built. Haven’t been able to find Jorogumo anywhere.

So, as you can see, I have a lot of work to do. I’ll try to sprinkle in some non-Thunders content from time to time, but there will probably still be a lot of it. Sorry if that’s not what you’re looking for.

As for playing games, my wife bought a 6x4 folding table (surprisingly hard to find. She had to have it shipped from the Czech Republic, believe it or not) so I can play games at home. I’m trying to introduce more players from my local area so I don’t have to drive 1+ hours for a game. We got in a demo game recently, and it was cool to push plastic models around again on a board (and I lost the demo game, so the mediocrity of my play remains consistent as well.) I’ll still probably be playing a lot of Vassal as well. That’s just the reality of the world we live in these days, after all. When the conventions come back I’ll still travel to play in them, but I wouldn’t count on getting on the US Faux Tour anytime soon.

So, this was rambly as all hell and very stream of consciousness. Thanks for sticking with it to the end (if you did. If you didn’t, I love you anyways.) I promise it’ll be more focused next time. Also, I’m working on cross-posting these with TFW, so that’ll hopefully help spread the word. Malifaux Musings is coming back, with its usual questionable advice and mediocre play results. I hope to edu-tane you.