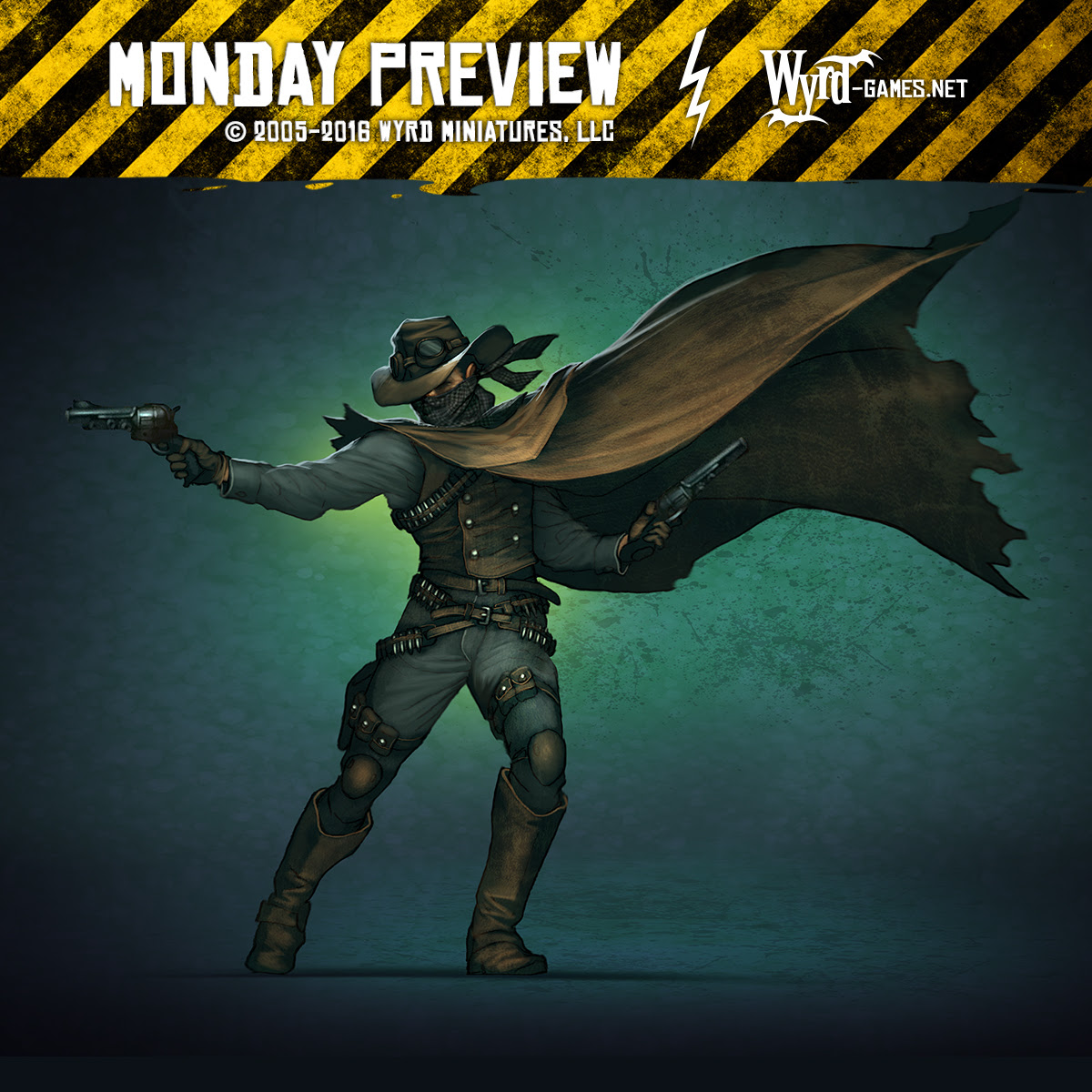 I’m gonna be honest with you: I thought I had written this already. I remember doing the research, hunting down the links and what-not. I guess I just didn’t write the damned thing. Anyways, let’s take a look at this week’s preview: Parker Barrows.
With a name that alludes to some historical bandits (who would have been children in the current time-frame of Malifaux, so probably not a direct link,) Parker is an Outcast master who seems to reverse the trend of the faction to get progressively weirder and weirder over time. He appears to be a living human being, not someone possessed by a tyrant, a spirit of vengeance, or an old necromancer who is progressively dying and resurrecting repeatedly every, just a Bandit (his new trait, as has been the trend in Ripples of Fate.) In a way I’m a little bummed by this, as I don’t play Outcasts but really like the Wild West tropes of Malifaux, so Parker is sort of tempting in that regard.

One presumes he’ll be a ranged master, as he is dual-wielding pistols in his art. 14 wounds is a pretty hefty chunk, but Defense and Willpower 6 and no other defensive abilities (that we know of, anyway) means Parker will probably not want to get up close and personal very often (gee, where will Outcasts come up with some melee threats to throw in with him?) He draws cards when he or another bandit kills people within 6” of him (you cycle a card if it’s not a bandit that does the killing.) Cache of 4 is a welcome change for Outcast masters, I’m sure, and he can generate more Soulstones in response to his discarding Upgrades he attached to himself. Oathkeeper? Sure, why not make that better. And, one could guess this means he’ll be cycling upgrades in a McCabe or Ophelia-ish way during the game itself to make more use of this. I think the most interesting part of the front of his card is A Fistful of Scrip (awesome ability name) which lets him discard up to 4 cards and replace enemy scheme markers with friendly ones around 4” of him. That is neat. Good luck getting Convict Labor or Detonate the Charges when Parker is around, and it fills in what can be a weakness for the Outcast faction in scheme marker focused games.


I dig the idea of a crew of bandits that steal your stuff during the game. I’ll probably not end up playing Parker much, but that’s more a result of my not having Outcasts than anything else. It also continues a trend of “Here’s something different” that we’ve seen with all the masters so far. Let’s look forward to seeing where this goes in the future for the Guild and Gremlins.
Posted by AgentRock at 12:49 PM