This week’s Monday preview brought us the first in a series of reveals for the masters in Malifaux’s next book, Ripples of Fate. Confidentially, I’ve been looking forward to this one for a while, as the first preview was…Titania! 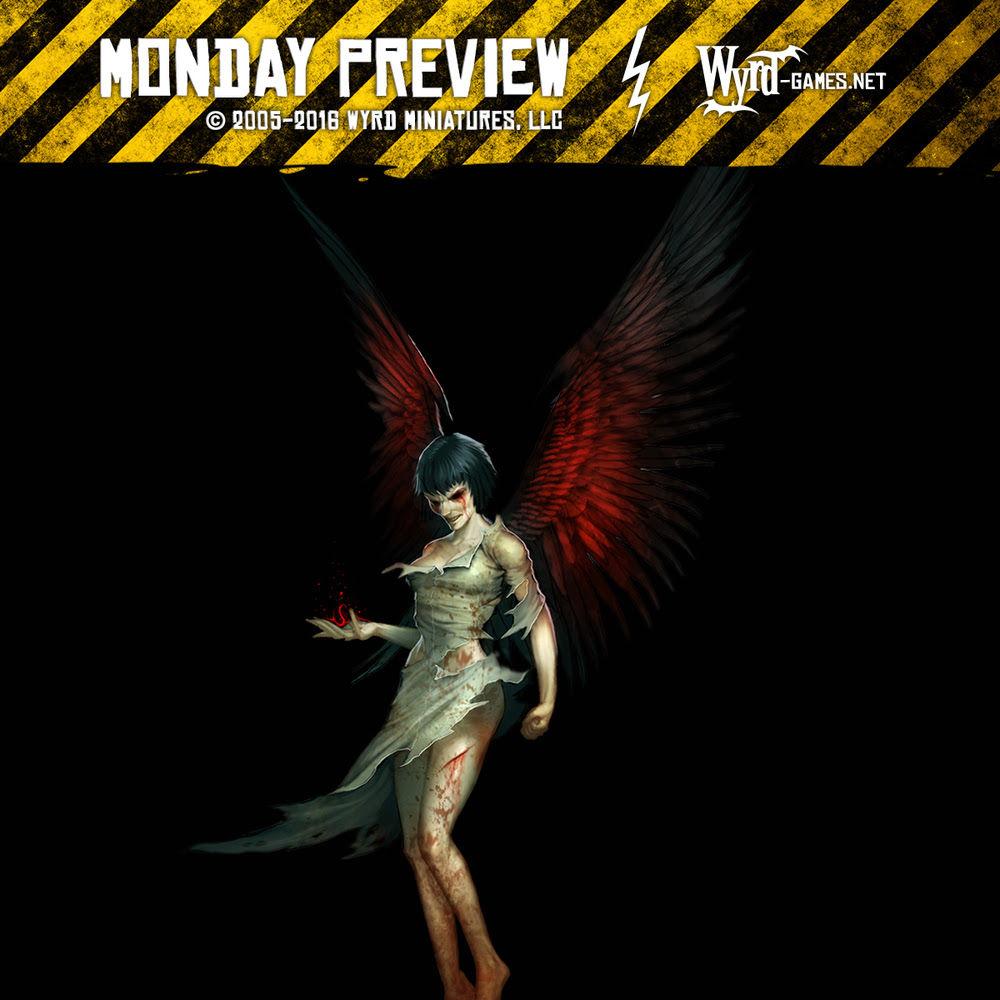 With a name that hearkens to Shakespeare’s “A Midsummer Night’s Dream,” it should be no surprise that Titania is the Queen of the Fae. The resemblance ends there, however, as details revealed from the Nythera Penny Dreadful (stop reading if you plan on playing this or don’t want this spoiled) let you know that she was once ruler of the Neverborn before she made a pact with the Grave Spirit to defeat the Tyrants by shattering their physical forms. The Neverborn were not thrilled with this (their hatred of the undead continues to be one of their defining traits, as Hayreddin can likely attest) and they locked her away beneath Nythera before she could bring the Grave Spirit fully into the world. Since then, she has leeched the energy from the Badlands, turning them into the wastes that they currently are, before being released by Fated at the end of this summer’s events (assuming that your Fated released her. I am aware that not all are as impulsive as others but, as my players put it “We’ve come this far, there’s no way we’re NOT going to find out what’s locked under here.”
Fluff-wise, I like this character a lot from the little bit we have so far. Someone who is an enemy of the Neverborn from the inside, who is returning and going to make the other masters decide how they feel about this person being back, could lead to some very interesting stories going forward. Also, it occurs to me that all of us should feel some sort of affinity for her, as Titania is one of the first characters any of us ever saw in Malifaux and one who many of us have spent games praying would appear in our favor.

But what about in game? Let’s take a look at the front of the stat card. 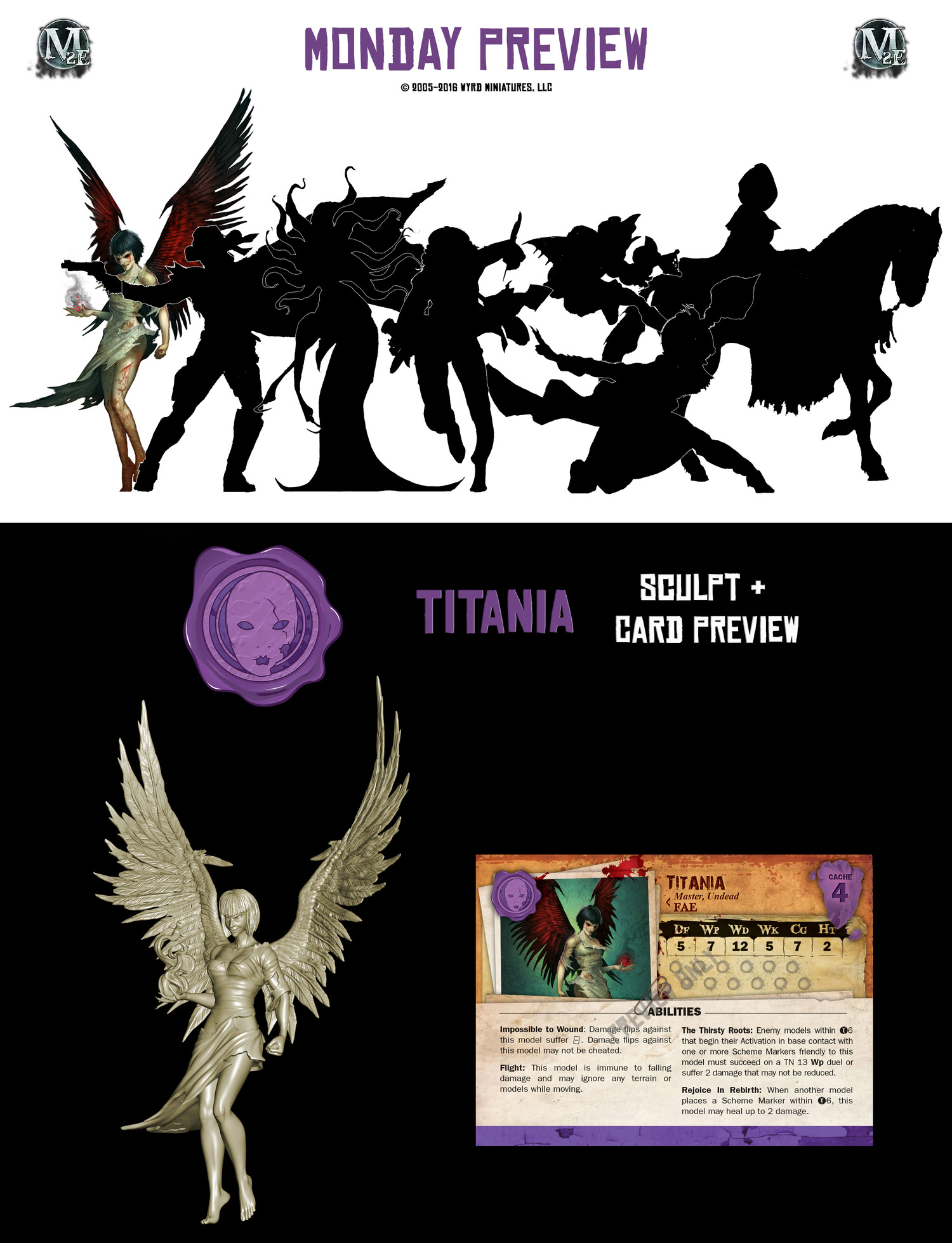 For Neverborn players, it should be apparent that this is something very new and different for the faction. This character is very tough. With twelve wounds, Impossible to Wound, and the ability to heal two wounds every time her crew drops a scheme marker within 6” of you, it’s going to take some doing to bring down our new Undead queen. Additionally, enemy models that activate within 6” while in base contact with her scheme markers have to make a WP duel or take some damage. This seems like it would be sort of difficult to set up, but still makes some interesting possibilities for using her to defend markers in schemes like Convict Labor. Walk 5 and flight on a master usually means speed, though that’s nothing new for Neverborn. Still, good to see she will be able to keep up with other members of the faction if she needs too. And, frankly, nobody is likely to say no to a 4 cache. That’s good stuff, and will let you feed stones into the crew without having to save them for her (usually.) It’s tough to gauge anything past that without seeing the flip side of the card and her upgrades, but so far I like what I see.
***


As an aside, I’m happy to officially announce that roving reporter Jon has joined the blog as an official coauthor, and should be posting soon about his experiences at the Cool Mini Or Not Expo tournament.
Posted by AgentRock at 3:29 PM