In lieu of some actual written content, I thought I'd share with you some pictures of my collection and some painting I've been doing recently. I have some half-baked thoughts on the title system that I'll muse on next weekend, but for now...pictures of half-competently painted models?

I set up a kind of diorama with all my models in a storage space, along with some terrain. They look like this. You can't really tell what they all are and it isn't terribly well lit but, well, there they are. 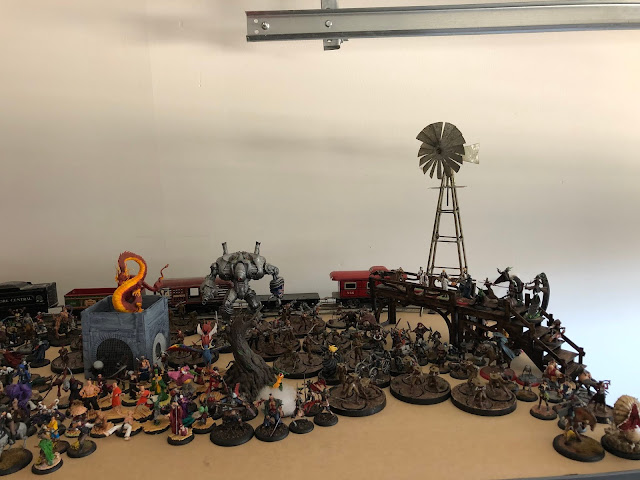 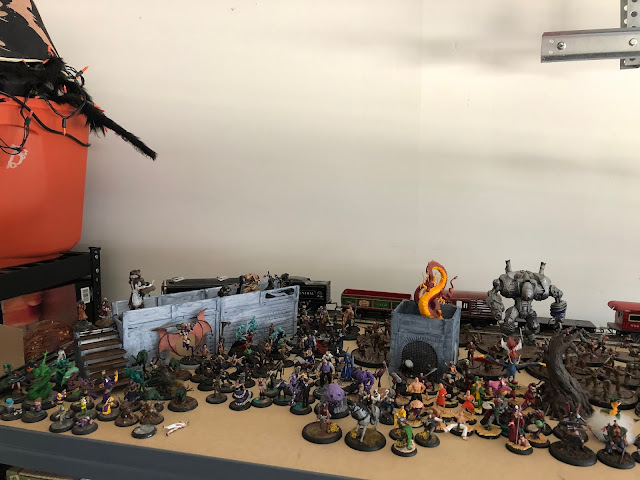 Of course, there's some more space to fill, but this is a fairly good representation of my collection so far.

Zooming in, here are a few things I painted recently. I'm working towards a Frontier keyword crew, so here's some shots of my Sandworm and a rough Rider. 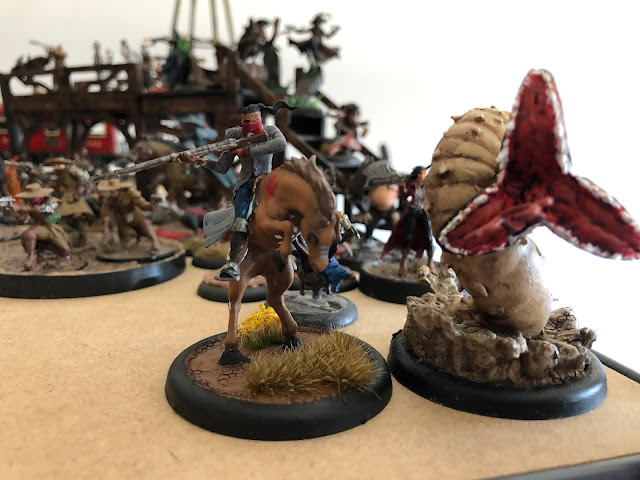 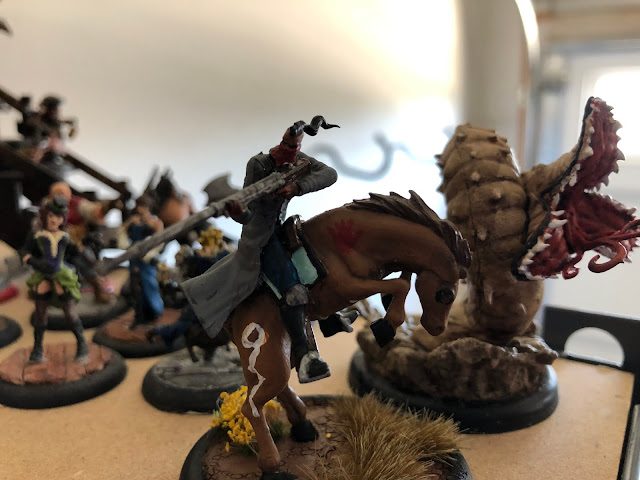 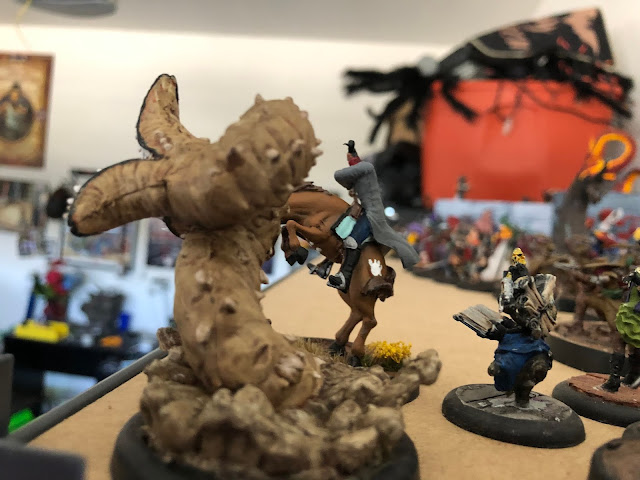 I wanted to do the Rough Rider with some native warpaint on it. Hopefully it's not based on real patterns rather than movie garbage, but it's tough to sort the two out online. And of course I needed to do a Sandworm. You know, for reasons.  The color is alright. The seams aren't. I've really gotta learn some greenstuff skills to patch those things in the future. 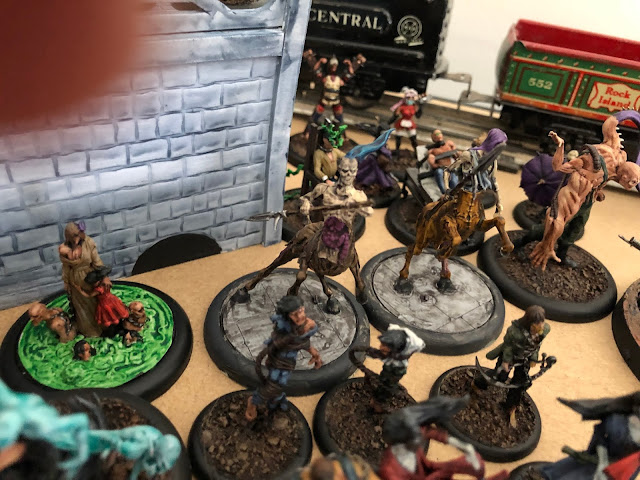 I also did these two Kentauroi when I thought I was going to give McMourning a try. I mostly wanted to try out GW's contrast paints. Results are...ok. They're a good way to quickly get some paint on something.

And last, just a shot of my pride and joy. Probably the best mini I've ever painted. 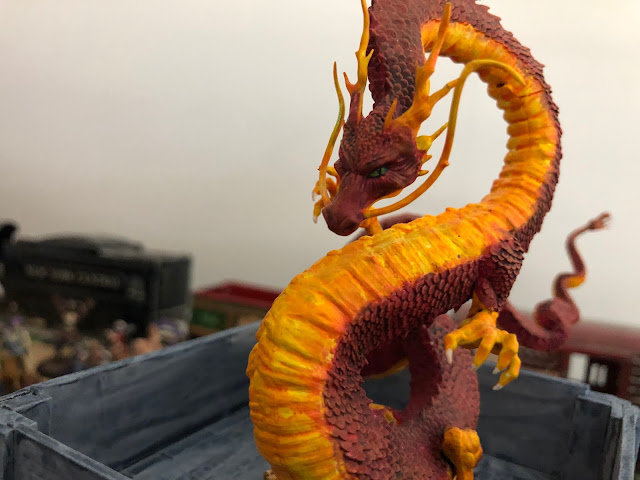 It's not a new model. I just like how it turned out.