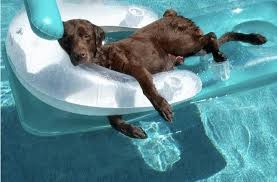 The dog day doldrums of summer are very much upon me. That might be why posts have slowed down from Malifaux Musings. Or, it might be the fact that I’ve found a new job and will be relocating to Cedar Rapids, IA in a couple of months. Or it could be that the Malifaux I’m playing right now falls into the category of “things I can’t write about for various reasons, some of which rhyme with ‘Blen-Dee-Aay.’” Also, there’s the fact that Wyrd’s in Con season mode right now, but hasn’t started posting about whatever the new releases for Gencon will be, yet. I assume the big push will be The Other Side, which releases officially in July, but it would be weird if there was NOTHING coming for Gencon. There have certainly been a lot of pictures of new models coming on the Monday Previews every week, so I’m sure SOMETHING’s in the works, but I’ll be damned if I have any idea what it is. As such, it’s kinda tough to write about it (outside of “ooo, that looks neat.”)
I’ve got some ideas for posts on Through the Breach, one specifically where I give you some pre-made Fated characters you can use to for demos or a Wanted Poster Malifaux post about the Jack Daw-Lazarus-Guilty Spam list I’ve heard about, or Zip or Nellie crews. Additionally, I’ve been considering running a league over Vassal (though the pending move has made that less appealing at the moment. I’m about to have a lot on my plate.) If you have anything you’d like to hear about on the blog, feel free to mention it in the comments and I’ll pull out the good stuff.
It did occur to me, however, that I may not be the only one feeling the doldrums. After all, we’re well into the Gaining Grounds 2018 season at this point, and we’re reaching the end of the Wave 5 season. The good stuff has more or less been found. Most of the models are at least on the release schedule, though not as many as one would hope, of course. And, much as I hate to write about it, I think that some of the top-level Malifaux competitive diversity is being stifled by some of the top-end masters which will hopefully be getting addressed with the July Errata. As the Flippin’ Wyrd team has espoused several times, the top-end competitive meta currently boils down to playing one of the top-end 2 masters, Sandeep or Nicodem, or playing an alpha-strike crew that can jump in and kill the opposing master on turn 1 or 2, which is the only reliable way to stop a Nico crew (you can play for early scoring schemes and win that way as well if Nico misses some of his, but the only SURE way to beat Nico is to take him down before he can get his snowball rolling downhill.) That doesn’t encourage list diversity and punishes players for experimenting, which isn’t great either. Ben Sime from Arcane Reservoir experienced a bit of this in a small tournament recently when he tried to bring out Marcus’ Venomancy upgrade and was rewarded with a first round pairing against Nico. Bad times, and not a great encouragement to keep trying new things rather than plop down the tried-and-true reliable stuff.

Now, I’ll say that this is probably an exaggeration (probably) but sometimes even the perception that the meta is stagnant can lead to it becoming reality. In any case, there are reasons why some folks may be experiencing their own version of the summer-time blues when it comes to Malifaux. So I thought I’d write about some ideas for how to get yourself around the ho-hums.

This is probably what I’m going to be doing in the near future. If you’re in a rut with the crews you’ve been playing regularly, that probably means it’s time to try some new stuff. Malifaux does a pretty respectable job between factions of creating diversity and difference of feel. Neverborn move fast but are brittle. Guild hit hard. Ten Thunders have pushes and hand out focus. Obviously there are exceptions or models that don’t match up with the overall theme, and the last couple of waves have introduced a lot of models that have incidentally homogenized things more than they used to be (Kentauroi giving Rezzers speed, some of the new Fae stuff giving Neverborn some resilient models, etc.) But still, trying a new faction or even just a new crew within the faction you play can do a lot to reinvigorate your interest in the hobby. I’m personally getting tired of how fragile my Neverborn tend to be, as it makes every play and choice you make in the game potentially game-breaking, as you can accidentally walk into the deaths of your models by putting them in the wrong place or failing to anticipate your opponents’ moves. I’ve been looking at Perdita or Hoffman to try and switch things up, as a consequence.

While the Standard Gaining Grounds tournaments have their place, tournaments using a different format can help to add some diversity and spice to your Malifaux experience. The success of the Iron Scorpius event at Capital City Meltdown speaks to how hungry many Malifaux tournament players are just to try something different. Grow leagues, fixed master, team tournaments. All of these can add some diversity to your game and get you thinking outside of the boxes we put ourselves in. Assuming I manage to get it off the ground, the Quick and the Dead format I’m going to try and use for my online Vassal League would be one example of this.

3)     Play for fun rather than victory points

Sometimes we just have to lighten up a little. I’m particularly guilty of this. You can lose track of the fact that we play these games for fun. While there are prizes/bragging rights on the line, ultimately we’re here to have fun. So, maybe it’s alright to bring out some suboptimal crews or play a meme list. It’s ok to occasionally pick less effective schemes to try and see if you can pull them off. How many times can your totem strike the killing blow on an enemy model in a tournament? Hoffman falls into this category for me. His W5 upgrade cards made him better, but he’s still in no danger of becoming a “top-tier” master, or even a crew that can compete with them. But, on the other hand, big stompy robots are fun, and they’re probably my favorite paint-job. Plus, I like the Breaking Bad style story Hoffman’s been undergoing over the course of the game. So, yeah, I might start giving him a go just to see what he can do.

If all else fails, there are worse things than stepping away from Malifaux for a while and letting the game sit for a bit. Much as I don’t admit it on this blog, there are other games out there. Step away for a while and try other things for a bit. Games Workshop has released some new skirmish-scale games that have been fairly popular. There’s always Infinity, or Blood Bowl. As I mentioned above, The Other Side is coming out next month, so you can keep that “Malifaux” feel while trying something different, an army scale game! You could turn over to the dark side and go play 40k, I suppose. Or you could give miniature games a rest all together and go do something else. Malifaux’s not going anywhere, and you can always come back to it when Wave 6 comes along, or if some future developments in Malifaux change your perception.

In any case, I hope some of these ideas are useful to any of you who are struggling with your own Malifaux doldrums. As mentioned above, if there are any topics you’d like to see me write about in Malifaux Musings, feel free to pass them along.