What To Do When Bad Things Happen: Failing Forward in Through the Breach 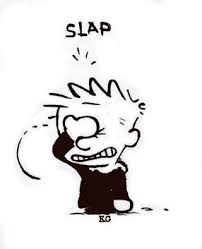 One of the most frequent mistake RPG gamemasters make is tying the progress of the story to success of a skill roll or challenge. Admittedly, there’s no point in playing a game and having the characters test their skills if the possibility of failure isn’t present. However, unlike the real world, the objective of a TTRPG game is to tell a good, interactive story. If your hapless Bounty Hunter misses his search flip and fails to spot the key clue that solves the mystery, the game stalls and the fun stops as the players begin the “success shuffle,” where everybody takes turn searching or throwing out other possible solutions until eventually you get the result you want, them finding the clue that points them to the killer. The real tragedy of this situation is that the players know what’s going on, and so do you, but the social contract of “the game” makes it so Fatemasters feel like they’re required to go through this grind to do it “right” or to make their players “earn it.”

Here’s a secret: you aren’t.

If failure isn’t interesting or entertaining, there’s no point in having them fail. No one will have a good time throwing flip after flip at a problem and hoping that one of them will finally be the severe you need to move ahead with the story and get them out of the stall. As such, I will often end up not having a player flip at all if I feel like there’s a bit of information they need for the story, particularly if I know one of the Fated is trained in the relevant skill, or at least tier the amount of information they can require so even on a failure they get something, but the primo information requires a greater degree of success. It’s not worth the risk of having everything grind to a halt. However, that isn’t really a fix all solution, either. If you’re not going to have flips in the game, it’s really just a cooperative storytelling experience rather than playing an RPG.

Another tool I reach for (and which I’m going to discuss today) is the idea of “Failing Forward” or “Succeeding at a Cost.” In it, when the players fail a flip, you allow the success to occur but penalize them in some way for the failure or introduce a complication to go along with the success. Maybe the clue they were needing from the earlier example is found, but they end up compromising it in some way during the course of finding it. Possibly, they tilt the oil lantern they’re carrying too far forward during the process of picking up the clue and set it and/or the room in which the Fated are searching on fire! In this way, you keep the game’s story going forward but also introduce a negative consequence of flipping badly on the challenge. If they need a particular piece of specialized equipment for a mission that’s not available through normal vendors and fail the check to find somebody who has it, maybe you let them purchase the item from a shady vendor in an alleyway. Later, the Fated discover that the tool in question is stolen or illegal and buying it has put them in trouble with the law. It doesn’t always have to be that dramatic, of course. Maybe they’re looking for someone particular in the city, and the failure puts them in a situation where they find the information they need from their network of informants, but they either put themselves in debt or cancel a debt someone owed to them in the process.

To swing things hard in the other direction, at other times you’ll want to really put the screws to your players for failing at something. Fairly often, the most entertaining TTRPG stories come from situations where the players fail spectacularly and then have to find their way out of trouble. And, after all, this is Malifaux, and Bad Things HappenTM. While avoiding failure on a challenge with no consequence or which will stall the story and hold up the game is a good idea, making it hurt when your players fail at something important is just as important to make sure your players stay invested. The first example I can think of for this in RPG history was the use of critical fumble tables in D&D, an optional rule where you could end up hurting yourself or others when you rolled a 1 on an attack. Most players who’ve used something like this in a game remember the time they lopped off their hand with their own broadsword, or something similarly gruesome. Through the Breach already has some elements of this in place for combat, in the form of the critical damage tables. Not only did you just get shot because you failed your defense flip, now your arm has also gone numb and you can’t grip your weapon anymore. Further, any good Fatemaster will have something designed for Ongoing Challenges as the consequence for the Fated experiencing a Critical Failure. The best versions of this are something that lets the characters have an option to recover, if they can overcome some kind of complication or encounter as a result of their poor flips/efforts. Having the party all die because of some bad flips during an Ongoing Challenge to escape a collapsing cave isn’t a lot of fun, but having the players end up trapped in a side cavern with an angry Grootslang is, and when it’s done they can figure out how to escape the now collapsed tunnel, possibly leading to another whole adventure as they delve deeper into the mountains looking for a second way out.
Perhaps more in keeping with the “Fail Forward” ideology is a mechanism from Cypher System games called the GM Intrusion, wherein the failure happens and the gamemaster uses that opportunity to add a complication that makes things worse. I love this system, and I think having something like this happen when players incur a certain margin of failure on their flips and/or when they throw a Black Joker feels very in keeping with the tone of Through the Breach. When I was playing in a game that featured a Mad Max style boat race/battle royal recently, I flipped the Black Joker for my attack with a pistol at one of the other boats. Not only did I miss, but the Fatemaster ruled that I had accidentally shot the engine of OUR boat, crippling our speed and making it much more difficult to win. You don’t want to throw in TOO many of these (somewhere between 1 and 1 per Fated per session is usually a good benchmark) but they can be a fun way of raising the stakes on your players in unexpected ways and maintaining that feeling of “Why doesn’t anything ever go smoothly?” that is so much a part of the TTRPG experience.

The key analogy is to use failure as a way of making your games more fun, rather than just frustrating. In a lot of ways, playing an RPG like Through the Breach is like doing improv comedy scenes. If the players say “I take an action to move the story along/attack the bad guy/introduce a new element to the game,” but the cards say “Nope, it doesn’t work,” that can kill the action. Your job is to introduce a “No, but…” outcome where the players either don’t solve the problem but have some way to go forward with the story despite this, or they succeed but in a way they didn’t expect and which makes their lives more complicated in the process. Your players may end up groaning at the time, but you’ll hear their thanks when they’re joking with each other later about how they had to save each other’s butts from the near-disaster you unleashed on them.

Posted by AgentRock at 4:47 PM