Misery and Woe: A Pandora Tactica

It’s the strategy article this week, and it’s going to be an extra-long one. Why? Because you asked for it! Or, specifically, because one of our patrons asked for it. Patreon user CobalttheUnicorn requested an in-depth tactica for Pandora, so that’s what we’re going to do. Hopefully your recovery is going well, Cobalt. We at Malifaux Musings wish you the best, and let’s get on with the misery! 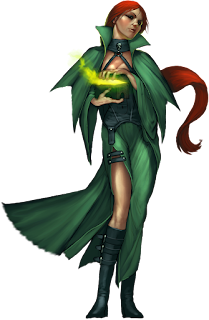 The Mistress of Sorrow, Pandora carries a mysterious puzzle-box which contains one of Malifaux’s Tyrants, Despair, who grants her power while slowly corrupting her mind. She can use it to release some of her minions, spirits called Sorrows that inflect negative emotions on those around them. Her own powers amplify this, prying the insecurities, fears, and mental derangement from the depths of an enemy’s mind and using it to drive them mad. In 1st edition Malifaux, Pandora was probably the poster child for “This is why everyone hates Neverborn,” as she could chain together unlimited strings of her Incite action, giving her nearly unlimited movement on any given turn, and would take advantage of the way Terrifying used to work to essentially sweep enemy models off the board without letting them react in any meaningful way. It’s somewhat fitting that a master like Pandora would be a negative play experience, using her Misery ability on opponents, but a slightly reduced version was necessary in M2E to improve game balance.
There are a number of short stories featuring Pandora in the Malifaux canon, too many to mention here. One of my favorites is The Malifaux Orphanage for Sick Children from Storm of Shadows, which describes Iggy’s transformation from a normal (albeit troubled) young boy to become a Woe like Candy and Kade. She’s conspicuously absent from the action in Book 5, which may tell more about her allegiance in the Neverborn Civil War than is immediately apparent.

Outside of her Willpower of 7, Pandora sports one of the least impressive stat lines of any master in Malifaux. Df of 3 is just pitiful. 10 Wounds is average (possibly slightly below, as Wd totals on Masters have started to bloat as the game’s gotten older). Wk and Cg 4 is pretty sad, too. But, as is often the case with the Neverborn, it’s what’s below the surface that counts.
Her abilities are what really define her playstyle. Misery creates a 6” aura around her where, any time an enemy model fails a WP duel, they then take 1 point of damage. This “death-by-a-thousand-cuts” ability is significant because it counts as a separate damage source than the action that initially triggered the WP duel and, as such, the damage isn’t reduced by Armor (as Armor can’t reduce damage below 1) and gets around Hard to Kill (as the initial action’s resolution would do the damage to put the enemy model on 1 Wd, and then Misery finishes them off.) This becomes more significant when you add in other models with overlapping Misery bubbles, as we’ll mention later, but it can add up more quickly than you would think. Because of Misery’s limited range, many Pandora builds revolve around bringing enemies within short to medium range to maximize the number of failed WP duels over the course of the game.
Her next two abilities work hand in hand in many cases. Expose Fears allows Pandora to resist with her WP instead of her DF in any opposed duel. Thus, her sad DF of 3 is much less significant, as any attacks your opponent throws your way will let you use the better stat. However, any Simple Duel will still require the use of DF, so watch out for those in the enemy crew. Additionally, she considers the duel to be a WP and, thus, succeeding at resisting an attack triggers the next ability: Fading Memory. Whenever she wins an opposed WP duel against an enemy model, Pandora immediately pushes up to 4” in any direction. So, if an enemy charges her and misses the first attack, you can push out of basically any model’s engagement range to prevent the rest of the attacks. If she’s getting shot, she can use the ability to get out of LoS or at least behind some cover for any subsequent attacks. Basically, if an opponent is going to come at the Queen, they’d best not miss. Her final ability is Martyr, and it doesn’t come up quite as often. It lets her pull a point of damage onto herself if it would affect a friendly Woe within her 6” bubble. She isn’t exactly overflowing with excess wounds and her crews typically don’t feature an excess of healing, but this can end up being a lifesaver for weaker Woes like her Sorrows.
All of these abilities combine to create a master who is very interested in getting to medium-short range, pulling as many enemies as possible within her sphere of influence, and inflicting Misery upon them (literally and figuratively.) Expose Fears and Fading Memory make her hard to hit, but brittle. Thankfully FM isn’t a trigger, so it can’t be negated by abilities like the Executioner’s Certain Death ability, but if an opponent can hit her she’s going to snap and break quickly.
Pandora’s two main Attack Actions are Self Loathing and Self Harm, both of which cause a target that fails a WP duel to inflict the damage of a melee or shooting attack on themselves after they fail (plus one additional point for Misery.) Self Loathing is slightly better with a Ca of 7 as opposed to Self Harm’s 6, which is of course off-set by the latter’s longer range. On the base card you’re stuck with the damage track of the target’s attacks but, with an upgrade, you can at least ensure that you have a 2/3/4 available in-case theirs is worse. Her (0) action Incite is one of her main mobility tricks, as it is an opposed Wp duel and succeeding at it counts for Fading Memory to give her an upfield push. Additionally, it places the condition Mood Swing on the opponent, allowing you to select that model to activate whenever it is able to do so, in place of the model your opponent chooses to activate. Being able to dictate your opponent’s activation order to them is very powerful, and can allow you to get away with leaving the Doppleganger at home from time to time, as forcing a sub-optimal model to activate first will often be even better than being able to cheat to go first. If you can flip a Tome for the Mass Hysteria trigger, you can immediately take the action again, giving you more mobility. Finally, she has a (1) Tactical Action called Inflict which forces all enemy models in a 4” pulse to succeed on a TN 14 WP duel or suffer 1 damage (plus 1 for Misery.) This one isn't utilized as frequently, but can be put to good use against clumps of low WP models to, at least, drain some cards from their hands. 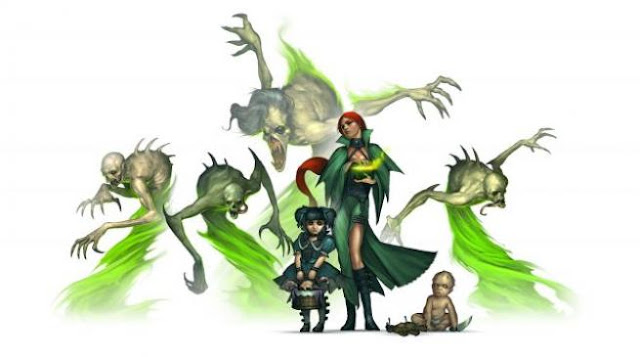 Obviously, anything with Woe under its characteristics has potential to be added to her crew and used effectively. Her box set is one of the few that you can pretty much open, assemble, and run and have a relatively effective crew. Candy finds her way into a lot of Pandora crews to this day, mostly because of the potency of combining the Mood Swings condition from Incite with her Sweets ability to paralyze an enemy model. Kade falls in and out of favor, mostly due to his fragility. If you bring him and he can get a couple of his damage buffs running, his Carving Knife can dish out a horrific 5/6/8 damage track. If you can afford it, equip him with Depression instead of Dora to let him pitch a crow and make one of his triggers built in. Also, if you’re bringing Kade, bring Teddy. You wouldn’t make a sweet little baby go out without his Teddy, would you? What kind of a monster are you?

Harvester of Sorrow: Putting it All Together 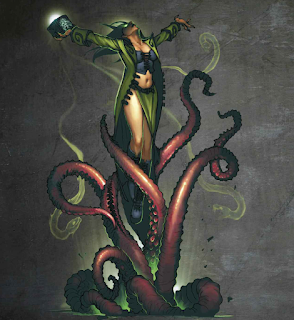 Pandora is a tough but brittle master that lives off of projecting auras of sadness and badness to the enemy anywhere near her. There are three main builds defined by which of her Limited Upgrades you bring along, and all of them are effective in their own way. The Melee Pandora wants to get up close and personal and force the opponent to take incidental damage for doing the things that they want to do in an average turn anyways. Voices Pandora is going to try to paralyze models at range, and it actually says on the Voices upgrade card that your opponent’s soul takes a point of damage every time you do this. And the new Woe is Me upgrade lets her summon her small Sorrow minions and, potentially, her Poltergreist totem off of models with conditions on them. Her crew has never historically had a set of “in every Pandora crew include X” type models outside of the standard Neverborn staples of Nekima, Doppleganger, and the Primordial Magic who, in several cases, have alternatives which can even make them dispensable. But it’s really more about building a crew to exploit the area of denial that she creates by her very presence and ensure that you can run down and foil anyone who tries to fan out to escape her wrath. Pandora really isn’t as nasty of a Master as everyone thinks she is (though don’t tell people that. 1) they won’t believe you and 2) it’s more fun to keep the mystique in place) and can be fun to play if you enjoy her style. So give her a try, already!
Posted by AgentRock at 4:23 PM