4.5 Tips to Prepare for a Malifaux Tournament


Not a lot of news briefs this week, but The Other Side kickstarter has just a few hours left. If you want to get in on the game from the groundfloor, this is your last chance. The deal has never been better!

With the arrival of the Gaining Grounds 2017 document, and the fact that I'm currently preparing for a tournament coming up next week, I thought it would be a good idea to talk about some ideas for how to prepare oneself for a tournament, particularly if you haven't been to one previously. 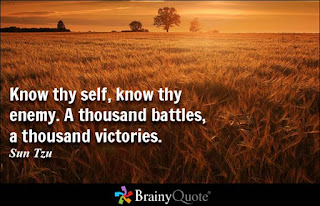 1) Figure out what you're playing! - This probably goes without saying, but before you head to a tournament, make sure that you know what you're going to play! This can take a lot of forms, of course. Obviously, you'll want to know what kind of tournament you're entering and which models you'll need to bring along. The standard Gaining Grounds tournament is fixed faction, meaning you name your faction at the beginning of the tournament and that is what you play every round. You are, however, allowed to build a new crew every round after seeing the strategy and scheme pools you'll be facing, as well as knowing your opponents' faction. Other tournaments may be fixed list (same crew every round), fixed master, more or less soulstones, hiring pool, or other more bizarre formats. Now, if you have a favorite faction or one crew you've been playing regularly, this can be pretty easy. If, like me, you suffer from chronic magpie syndrome, sometimes this choice can be a bit tougher. For the upcoming event, I literally asked my wife to name the first suit that came into her head from a deck of cards. She named hearts, so I'm playing Guild (because everybody loves the Guild.)

1b) Pack the models you'll need- Your choice of faction may, in fact, be a choice of master or crew that happens to be holding your interest right now or with whom you think you have a level of familiarity that can lead to success. If so, you can probably put together a small list of models, pack a small bag, and you're good to go. However, the advantage to the fixed faction format is flexibility. Depending on what you may be facing each round, you may be best off building your whole crew, master and all, each round of the tourney. I think it's at least worth your time to include models that are good for killing, good for surviving, and good for moving to go score objectives. If you have that ready, you can probably build a decent crew that can handle most situations the game can throw at you.


2) Know your models- Time limits during tournament games of Malifaux can creep up on you. When one is just learning to play or just having a fun, casual game with friends, its not unusual for games to take 2 1/2 to 3 hours or longer. You don't have that much time in a tournament. The GG2017 document stipulates two hour rounds. It is not uncommon, therefore, for many tournament games to not progress past turn 4 or even turn 3. A good way to help keep this from happening is to make sure you are as familiar as possible with the models you'll be using. If you have to look down at your stat cards every time you activate one of your abilities, that's time you lose. If, on the other hand, you know your models well enough that you remember that, say, Mccabe's Take This! requires a 4 and has a range of 10 and pushes the target 4", you don't need to check it and can just do what you need to do when you need to do it. You don't need an eidetic memory or need to sit and study like you're cramming for a final, though. I've yet to play anyone who could run their whole crew off the top of their head. Just make sure you're as familiar as possible. If nothing else, you'll have a much better idea of what your crew is capable of doing in real situations on the table (as opposed to in your head, where many of us unfortunately end up making our value judgements on the quality of models.) 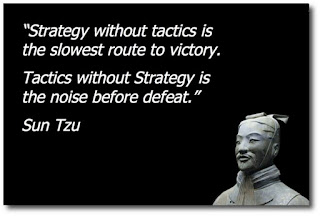 3) Look up the strategies- Gaining Grounds documents list which strategies you're going to play every round of the tournaments, with a rotation that changes as the months move along. Right now, the strategies are Headhunter, Squatter's Rights, and Stake a Claim. When you know what's coming, you can start planning ahead of time what crews you're going to use every round. Conversely, if you have a fixed list that you're locked in to every round, you limit your ability to adapt to the scenario and can put yourself  at a disadvantage every round. Now, it's not foolproof, because the scheme pools are generated at the individual events (wouldn't want people to be TOO prepared, after all) so you need to be flexible. My Stake a Claim and/or Squatter's Rights Mccabe crews use dogs (as many do) as scheme runners to score the strategy. If, however, I see Hunting Party in the scheme pool for these rounds, then I might want to think about using something else to get the job done, as this would put easily killable models out for the enemy to use to score. 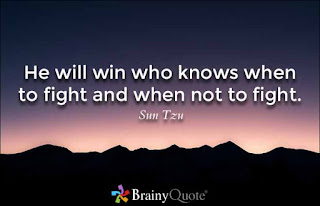 4) Think of pitfalls- While the stated design goals for M2E were to have every master capable of completing every strategy, there are situations where one master is going to struggle more than others. It is useful to sit down and think about what these pitfalls are for the masters/crews you're thinking of using and come up with contingency plans to counter them. One of these for McCabe is the Neutralize the Leadership scheme. It only comes up on a number flip, so I may not see it at all in the tournament. If I do, however, running McCabe essentially grants a free 1 point to my opponent, as I'm going to be reduced to half wounds at least once during the game due to McCabe's "split into two piles" wounds rules. If I see this scheme, then, I might think about running one of my other Guild crews to block those points (and potentially score them myself, of course.) Perdita and Sonnia tend to like standing back out of the fray and blasting things to pieces, so they're strong contenders to think about using in this situation.

5) Make some sample lists- There are two benefits to writing up a few sample crews before the tournament starts. First, you can save yourself a bit of time during your games if one of your sample crews fits the strat/board/scheme pool combination you're facing. The other benefit is physically sitting down and getting an idea of what you can cram into a 50SS limit. Fancy the Peacekeeper but want to use the Pale Rider to swing the glowing saber as well? You'll need to have an idea beforehand of just how much you can still fit after you chew up 20+ stones with two models, and maybe come up with something else that can do similar jobs for cheaper. For instance, if you like the Peacekeeper for his harpoon gun primarily, maybe look at a Hunter instead (which work great with McCabe anyways, since they're minions that he can Black Flash.) If it's durability you're after, Guardians (another minion, and one that got a bump in the most recent Gaining Grounds document) may be an effective substitute. Flip some points around and see what you can really do with your crews. Some things may occur to you that you hadn't previously considered.

These bits of advice aren't going to guarantee you a top 3 finish every tournament, of course, but if you keep some of these ideas in mind, you may set yourself up to do well and have a good time, as nobody likes feeling unprepared and/or getting stomped because they weren't sufficiently prepared.

Do you have any tournament preparation tips? If so, I'd love for people to comment with them below.
Posted by AgentRock at 4:45 PM