As part of my move back to the midwest, I've been blessed to join a meta that is at least within practical driving distance in Des Moines, which has reduced my need to employ the Wandering River Style to attend tournaments/get in games of Malifaux. One gentlemen I've been "blessed" to play against was Brien Spence, of Schemes and Stones fame. We've played twice since I moved here. Both games were corrupted idols and both were against his Leviticus list (I'll work on getting him to write about Levi for the future.) I was very impressed with his control-based gameplan for dealing with this strategy, and I asked him to comment on it briefly. So, here he goes!

When Adam asked me to write this piece, I’ll admit I was a little stumped on how to procced.  I felt that I had a strong understanding of Corrupted Idols, and that most of the decision making around this unique Malifaux 3E strategy is done at the table, en medias res.  As I thought about what to write, while lazing on vacation in Northern Wisconsin, it occurred to me a few choices I’ve made in every Corrupted Idols game, from the moment the strategy is declared.  As such, I decided to breakdown and address these.

Firstly, how Idols works – as copied from the M3E rulebook:

Corrupted Idols (M) At the start of each Turn, after determining which player has Initiative, Drop a Strategy Marker centered on the centerline. The location of the Strategy Marker is determined by the suit of the Initiative Flip of the player with Initiative (and the direction is calculated from that player’s perspective):

Here, there a is key information I’ve found is often overlooked; “The location of the Strategy Marker is determined by the suit of the Initiative Flip of the player with Initiative”.  What this means is if you win the Initiative flip, but decide for your opponent to have first activation, they become the player with Initiative, and thus control the placement of the marker.  In most scenarios, you always want to have Initiative, and thusly should always cheat for Initiative, or declare first action – in this way, I have my first major recommendation for playing Corrupted Idols:

Upon arriving at the table, pick a location on the board where the Idols might drop, and decide to focus the majority of your time, models, and gameplay there.  In essence, before the game starts, decide on a corner (or center) that you will cheat the Idol to every round.

My plan going into every Idols match is to dump all 5 Strat Markers in the same spot and deny all Strategy points from my opponent; if they have to consistently push towards my chosen location during the game, they are less likely to be scoring their schemes, whereas my priority is only scoring the 4 points from the Strategy, and picking up a single point from one scheme.  I’ve found this forces my opposition to play the game I’ve declared, with drastically controls the tempo of the game.  I normally like to pick a flank edge, and work to position my crew spread along the line, stretching from the 8in mark (where the Idol drops) and the center; this gives my models control of 3 of the 5 possible Idol locations.

I’ve found players build large, spam-ish scheme crews to handle Idols – they think that because the Idols can show up in 5 locations, they must be at all 5 locations.  This I find wrong for 2 main reasons, the first as detailed above, the second, the survivability of low-cost, spam schemer models are low.  Abandoning any type of mid-quality damage dealer just means you won’t be able to prevent the opponent from scoring, without improving your own chances of scoring, since your schemer models will crumble.  Between harming yourself to move the Idols and the counter play from enemy, a mass of cheap models will push the Idols, but be unable to maintain them to score points. Keep the balanced lists you use for every other Strategy.

Idol markers are not impassable; stand on them.  Cheat Initiative unless you literally cannot afford to do so.

The rules of Corrupted Idols makes no mention of impassable traits on the markers, whereas Turf War does.  This means you can stand atop Idol markers with impunity, boxing out your opponent’s valuable tech pieces, namely Don’t Mind Me models.  Standing on top a marker at the very least denies it from your opponent, and potentially secures it for your scoring. Additionally, I’ve seen boards where players have used large (vertically) 30mm markers for Idols, often with a flag or statute attached (very narrative, I do approve), however, this creates the illusion that they are impassible – do not hesitate to change these out, or call a TO in more official settings to adjust the board as needed.

And there you have it, my top tricks and philosophy to play Corrupted Idols in Malifaux 3E.  Please feel free to reach out on Facebook to comment and share your thoughts and remember, Bad Things Happen.

Posted by AgentRock at 5:18 PM No comments: 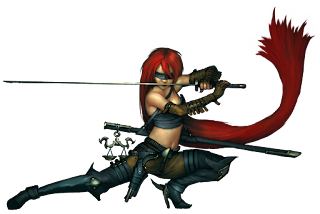 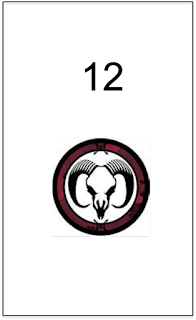 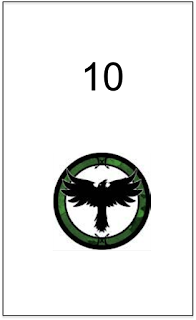 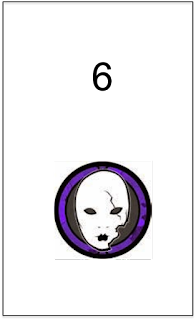 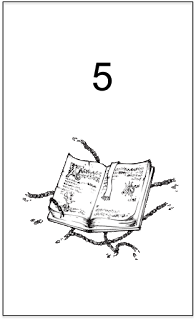