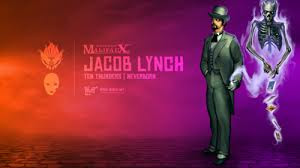 I'm still procrastinating on assembling my own tournament report from the Iowa tournament staple MuseonCon (also known as the Schemes and Stones Open) which occurred a couple weekends ago. In the meantime, however, I've begun reaching out to some of the luminaries of the Malifaux word to discuss crews in the M3E era. What better way to start than with the crew that won the 22 person tournament on Saturday? And the fact that it features my favorite crew in terms of theme in all of Malifaux, the folks from the Honeypot, is icing on the cake. Also, it means I get to dust off this old chestnut. 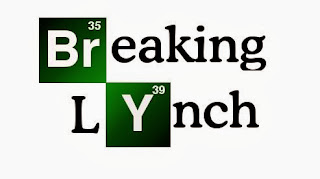 Rig the Deck +X- Allows most models (not Hungering Darkness) to draw X cards off the top of the deck when they activate, and then place X cards from their hand back on top of the deck in any order.

Without further time wasting on my part, take it away Landon!

For reference, the list I played all 3 rounds of MuseOn Day 1

In my style of play, Jacob Lynch is a kill-oriented crew which can either play aggressively turn one and two, or play for a later game by taking advantage of brilliance tokens. The early game version works by using beckoners and Tannen to move big beaters such as Huggy and the emissary up the board. These models have excellent damage tracks and triggers to tear apart a few key models on the first turn, and are tanky enough to cause a lot of disruption on subsequent turns as enemies try to deal with them while slowed, engaged or both. The key is to use stones appropriately to keep Huggy alive while not wasting his large amounts of healing, and to take advantage of the emissary’s place trigger or Huggy’s obey to move dangerous models out of position after you have crashed into them.

If you decide to play a longer game, Huggy will usually be using obey to place tokens/disrupt your opponent until you build enough tokens to kill their most dangerous pieces with Lynch’s nuke. The Kabuki Warrior is most helpful for this style, as the – to WP lets you place tokens and land the nuke much easier.

In M2E Lynch lacked excellent options for mobility, and beckoners were extremely overcosted. In addition, the crew was much easier to kill. Now with beckoners being much cheaper it is much easier to move your own pieces around. The tradeoff is lures have much lower stats so it’s harder to use them to move your opponents out of position. Additionally, the card filtering mechanic of rig the deck is new to M3E, and gives lynch a quality over quantity of cards approach to card advantage, whereas before you were usually drawing aces to improve your hand.

Huggy, who is your totem, is a key piece. He can either put out tokens or consume them for +flips, healing, and slows. Beckoners allow you to place brilliance tokens before the game even begins, which lets your t1 and t2 with Huggy be incredibly aggressive. I take an illuminated model because the 2” shockwave is quite helpful for softening their hand as well as being another activation to rig the deck with brillshaper to throw away a dead card. Tannen is key to your survivability, as his auras can all but disable melee beaters trying to attack your models as they have to pass 2 simple duels which cost double to cheat before they even try to attack a terrifying model.

The crew that I run has incredible output when the lowest damage model is essentially your ‘min 2’ beckoners. I say min 2 because they have a trigger built in to put out a brilliance token, which in combination with other models essentially adds one to two points of damage to the attack. After your 2 beckoners everything is either min 3 or potentially min 3 with +flips. I rate it lower than 14 because it lacks consistent ranged damage, and a lot of the killing power comes from the card manipulation mentioned later which allows you to land your hits. 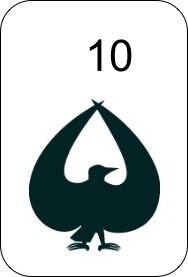 Terrifying or –flips on all of your important models makes it very hard to kill this crew, especially if you are in Tannen’s bubble. I would push this mark higher if you know you are against a crew with lots of melee and lower if you are against a crew of near exclusively ranged attacks. Ruthless and +flip ranged attacks get through a lot of this crew’s defensive capabilities but they won’t fold immediately if this is the case. 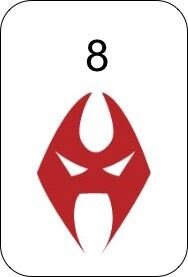 I rate them slightly above average in this department for the list that I run. He’s no McCabe (although I would certainly consider hiring some of his models in this crew out of keyword) but beckoners and Tannen help you maneuver enough that you shouldn’t have any problems getting your schemes done. 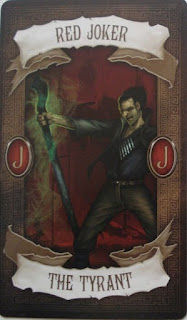 This needs little explanation, but with rig the deck and the emissary you will regularly cheat or flip 4-6 severe cards a turn at exactly the right time. Including your starting 6 cards, you will see a total of 19 cards a turn without spending soulstones. That’s over a third of your deck.

Ignoring Huggy and Lynch, Mr Tannen is both the MVP and the LVP depending on the game. If you can position Mr Tannen correctly such that he does not get charged/shot off the board he makes your opponent’s turn near impossible within his 6” bubble. His df 4 6 wounds however can easily make him a wasted model if you let him get shot off the board, and with walk of 4” he sometimes gets left behind if you are playing aggressively.

I routinely take silent protector on either Huggy or the illuminated. HTK gives both of these models a ridiculous amount of survivability with their built-in healing. Sometimes it goes on the illuminated because the minion clause for the upgrade lets it take the hit for other models which can be relevant if something like vendetta or assassinate is in the pool.

The upgrade for stealth should not be overlooked as a potential take on either Tannen, Lynch, or both depending on the pool and matchup .

I always take the Emissary. His 0 to pitch your hand for a new 6 when your hand is garbage can be used either early in the turn as an alternative to stoning for cards or later after you’ve used rig the deck to place your high cards on top of your deck. That in addition to his high mobility, survivability, and min 3 damage track synergizes well with the keyword. (Editor's note: sometimes in the Honeypot Casino, the dragon chases you!)

Lastly I would mention kabuki warrior as an out of keyword hire which often makes it into my list. The –wp aura makes it very difficult to hit terrifying models and near impossible to avoid lynch’s nuke. When you don’t need or want the aura walk 6 and new horizons make him a better than average scheme runner or denier. And Min 3 helps him kill whatever gets in his way.

Thanks again to Landon for contributing. You can look forward to future articles of this type discussing Lady Justice, Kirai, and many others. I really appreciate everyone who is helping out with these. I'm aware of the fact that I'm...ok at Malifaux, but not an expert in the competitive realm by any means.