Faux Pas 2: How not to Summoning Pandora 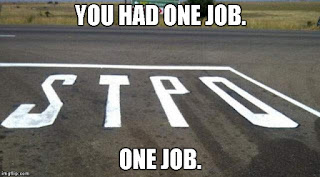 In what’s becoming a bit of a recurring theme on Malifaux Musings, I thought I’d write about how not to play a new crew, in this case Summoning Pandora. And, as obvious as the name may be, I think we’ll call these articles Faux Pas from this point forward. Go ahead and groan, that’s the title.

-There’s a new issue of Chronicles on DriveThru RPG. It has a tactics article by me, as well as some discussion from Rathnard regarding starting Outcasts on a budget and a lighter Through the Breach module where the Fated help a bride put her wedding together after their wedding planner gets arrested for being an Arcanist sympathizer. You know, that old chestnut ;).

-The February newsletter announced that there’s another Through the Breach worldwide event coming soon. There aren’t a ton of details, yet, but these are always pretty exciting. Previously, we helped release Titania from Nythera and travelled back in time to old Malifaux in the time of the first Breach. Let’s see what’s coming soon. 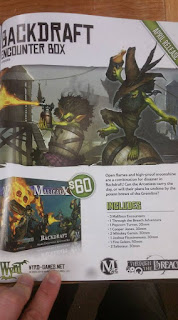 -There hasn’t been an official preview yet, but Game Trader magazine had a picture of the other story box coming for Malifaux. It’s called Backdraft, and seems to feature a fight between Arcanists and Gremlin moonshiners. Sounds…flammable?

***
So I took summoning Dora out for a spin and, per usual, played it terribly and got crushed. There are probably people out there that put their models on the board and are successful the first time out of the gate, but I am not that person. Hopefully, my failure can be educational for others, at least.
Pandora, specifically a Pandora crew oriented around her book 5 summoning upgrade Woe is Me, is sort of a topic du jour in the Malifaux community right now. Several weeks ago, Travis did an episode of Max Value with a tournament report featuring a version of the crew. Over the course of the last week, Alex posted about it on his Youtube channel and Arcane Reservoir did an episode with Luke Cocksedge detailing the crew, since he’s been having a lot of success with it. Also, some blog started writing about her too. It’s a heavy synergy crew that relies on spreading conditions and a swarm of Willpower duels to start spreading misery (literally) through the enemy. I built a version for myself and gave it a test drive, and promptly got pummeled.

They say we learn the most from our failures. If that’s the case, I should be the smartest person alive. 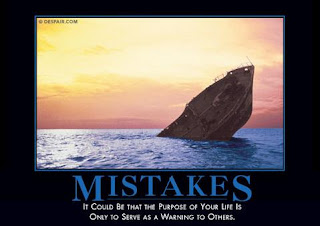 So, here’s a quick list of things I learned not to do when playing this crew. Hopefully it’s useful.
1)     Don’t spread out. We were playing Ours and my opponent Rich had deployed models on both flanks and in the middle. I tried to fan my own crew out to contest him. This was a big mistake. As I said, this is a crew oriented around synergy. They support each other, as none of them are particularly tough or damaging in and of themselves. The whole idea behind the crew is that the enemy can easily pass some of the Willpower tests you’re throwing at them, but by combining them together the combined threat paired with Misery auras overwhelms the enemy and drains their resources. Iggy out on a flank by himself is going to get killed by most things the enemy throws at it (in this case, a Bone Pile and Chiaki.) Iggy in with the rest of your crew is able to put Burning for Pandora to use for summoning, Incite to help control the enemy’s activations, and can hide among bigger, scarier threats.

2)     Speaking of Ours, it’s a slightly tougher strategy than some of the others for this crew. Since they want to stay together in support, it’s harder to fan out and cover multiple quarters. It’s not that she CAN’T handle this, but you definitely can’t do it the way I did, by putting the focus of the assault in the middle. I think a much better plan would have been to choose a flank and roll up it in force, knocking out one side of the enemy’s crew and then making them come to us to try and dislodge us from the enemy quarter.

3)     The best strategies for summoning Dora are Ply and Public Execution, because you can theoretically summon off of the enemy’s strategy conditions. There’s nothing like that in Ours. I was playing against a Yan Lo crew, with the old man hiding in the backfield to build up his Chi and refusing to engage until turn 3, when he was effectively unkillable and was going to wreck my whole board. There were no other conditions in the enemy crew to use for summoning. I had brought along the Emissary with Dora’s conflux to copy Misery and put another aura into the board. Thing is, that’s 10 points that can’t generate conditions. I brought Lilitu for Luring, but she also doesn’t put out conditions. And I brought Baby Kade, who also doesn’t put out conditions. As such, when we called it on turn 3 I had no Sorrows in play, and no obvious way to get one out there. Gotta get more conditions in the crew, because I can’t count on the enemy to provide some. I blame playing so many games against the Ten Thunders for this one.

4)     In a similar vein, Pandora does most of the heavy lifting for this crew, but she can’t do all the lifting on her own. When I was grumbling about card flips, my opponent pointed out that I killed Izamu twice in that game. That was cool and all, but here’s the thing: that was all I got done all game. The crew needs the Poltergeist to do what it does, and I couldn’t get the damned thing into play because of the dearth of misery auras and the fact that I had to have Dora kill Izamu personally. That’s a lot of AP to get him down, and it feels pretty bad when Yan Lo just resummons him the next turn to make me do it all over again. I got him down, but by the time I did the game was basically lost. I think the crew would do better focusing on bringing down softer targets earlier to get its summons on the board and get the ball rolling, then shift to bringing down the heavies. Also, have to keep in mind that this version of Dora isn’t The Box Opens Pandora. She is more effective with the team, not rocketing up the board on her own. The summons are a lot trickier when she has to do it all by herself.

So, in retrospect, I needed to keep the team together, bring more conditions for summoning, and roll up a flank first then try to turn it to chew through the army from the side. I’ll try and reload, recalibrate, and give it another go next game. Here’s hoping it works out better.