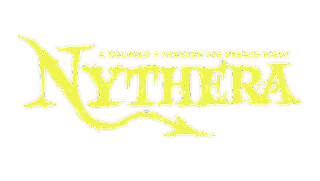 Well, here we are in Nythera. We all travelled here, right? Hung on with the campaign up to this point? I hope so, because if you opted out, you missed a pretty awesome event orchestrated by the folks at Wyrd, and you’re going to end up regretting it. 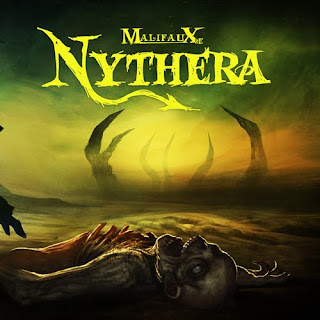 
I would assume that the majority of people who took part in the Road to Nythera did so in some fashion through the miniatures game. For those bums that sat things out at home, this was organized by having players sign up for their faction of choice from the beginning and duke it out over locations scattered throughout the Badlands area south of Malifaux city. Each faction started out controlling three locations worth 1, 2, and 3 campaign points. To play the games, you found someone from an opposing faction, flipped for who would be the attacker versus who would be the defender, and played out the match contesting either one of the defender’s territories or the neutral territory, Nythera itself. You had the option of either playing a standard game of Malifaux or, if you had Shifting Loyalties and were taking part in a campaign, using additional random events created by the Wyrd staff every week (ok, so they were based on the ones from the book, cut them a break) and even working towards building a stronghold for your faction during the process. Pretty cool stuff. Winners scored points for their side towards control of that location. Loser didn’t. Pretty simple, really. Hundreds of games were played, and in the end the winner was determined by a difference of one (1) campaign point. Talk about coming down to the wire.
My part in this would involve no actual moving of minis on a tabletop, sadly. Southwest Virginia continues to be a Malifaux desert. However, I tried to start an online campaign using the Vassal system. I signed up for the Guild from the beginning, as mentioned previously, and so entered the Liquid Courage League version 1.0 with Ryle’s Retaliators, a crew consisting of Ryle, Francisco with Wade In!, Abuela Ortega, a Death Marshal, and an Austringer. I posted to the Wyrd boards and got together a group of 8 people initially and even put together a rule set for setting up one weekly match between opponents based on a Blood Bowl League that I used to play in once upon a time. Early results were...somewhat less than stellar. I’m just saying, the Guild didn’t earn a lot of campaign points off the back of my efforts. However, in week 3 I managed a crushing win against my opponent, got myself one of the Red Joker upgrades, bought some cool stuff for my crew (my favorite part was Francisco with Instinctual and the ability to eat corpse markers around himself for healing. Franc went a little nuts over the course of this thing.) I bought the Pale Rider and added him to my team. Things were finally turning around for the retaliators. AAaaaaaand, of course the league folded immediately after this.

I’d had too many people drop out over the course of the thing to keep going in any meaningful way. I learned a lot of lessons from this, including making sure to get people who can commit the time and effort to put this thing together on a weekly basis, and to potentially look at making them shorter or freeing people up to play in a more freeform fashion rather than specific match-ups every time. C'est la vie. It happens. In the meantime, I got busy with another gaming project (also related to why the blog has sat silent for so long) and regrettably my contribution to the noble Guild’s efforts ended there, with my contributing maybe two wins total to the campaign. I was still happy to be a part of it, and I was thrilled with how organized the Guildies were in our sub-forum. Every week we had a solid strategy of attack, often coming at things in very sideways fashion rather than directly to optimize our points output. Which payed off pretty well, I guess, since….THE GUILD FRICKING WON! WOOOO! NIGHTMARE GUILD BOX AT GENCON THIS YEAR. 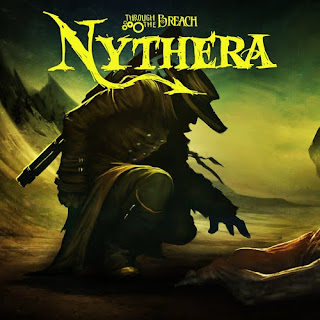 
One of the really innovative parts of this worldwide event was the integration of the roleplaying game with the overall storyline. As initially advertised, the players would be paralleling the progress of the miniatures campaign by exploring the consequences of the race for Nythera in Malifaux City itself. Players got to choose from 14 pregenerated player characters (2 associated with each faction) ranging from a gunslinging black-sheep of the Ortega family, to a pair of Cyborgs (from two different factions), to a hatchet-wielding mad necromancer and a girl raised by pigs (seriously.) The characters rubbed elbows with some of the real movers and shakers of the miniatures game, getting caught at one point in a crossfire between Kirai and Kaeris, being subtly threatened by Lucius Matheson (does he do it any other way?), having tea with the Mistress of the Ten Thunders, and going toe-to-toe (sort of) with the leader of the Nephilim. Each of the characters had a personal goal they were trying to accomplish during the session. Sometimes they were simple (kill this many of this type of creature, earn this much scrip, etc.) Other times they were down-right bizarre (convince all the other players to call you by your nickname rather than your real name, oink enough times during a conversation that someone eventually tells you to speak English, etc.) Additionally, the players’ actions would play a role in determining [SPOILER ALERT IN CASE YOU HAVEN’T READ SHIFTING LOYALTIES] who would take over the Guild now that the Governor-General has blown himself up. Players had four candidates to support: a military general, a bean counting union-breaker (unsurprisingly, this one has been consistently the least popular throughout), a smooth politician looking to soften the Guild’s image, and a sorceror associated with Sonnia’s Witch Hunters who honestly reminded me of Rasputin.
I really had no complaints about the roleplaying campaign whatsoever. As a Fatemaster, I found them to be interesting, relatively diverse, and an interesting journey from the slums of the city to a journey by covered wagon through the Badlands (which my players, of course, dubbed “Malifaux Trail” and spent the whole time making “Float the Wagon” and “You just died of dysentery” jokes.) Highlights included 1) My players building Phillip Tombers’ head a fake Aethervox case to hide in and pretend to be a radio announcer (he enjoyed singing dramatic musical accompaniment to the party’s fight scenes) 2) Vin Pham (a Ten Thunders artificer) deciding she was tired of being manipulated by the Guild and just starting to execute people Tarantino style in the second module and 3) the gunslinging Ortega character intentionally experimenting with Brilliance and then trying to set up a three-way between herself, a working girl, and a Friekorpsman from whom they were trying to get information. Finally, the bonus was that though the roleplaying event ends on Monday, we are getting one additional chapter of the campaign to serve as an epic conclusion! And, just between me and you, a little birdy told me that finale is going to be freaking epic. So, look forward to that, malifolk.
Posted by AgentRock at 8:55 PM