The UK Masters tournament was this weekend, making it probably the highest level competitive tournament of the M2E era thus far. The UK meta is, reportedly, quite different from the US, but regardless this tournament is probably one of the best pieces of hard data we have on what competitive M2E will ultimately look like (at least for a few more months until Wave 2 comes out, but I digress.) It’s always funny to see what people are afraid will be totally broken during the theory phases of the game versus what actually ends up being strong competitively. These two things tend to only meet up rarely, particularly in a game as intricate and balanced as Malifaux M2E. The Drowned from M1.5 were a great example of this, as I have yet to meet anyone who saw those rules on paper and thought “Yep, that’s a solid model right there.” Personally, I thought they were garbage and filed them with the Latigo Pistolero after my first reading (though I didn’t think Tuco was that great either, so I’m clearly an idiot.) Instead, it turned out that they were a tough, cheap, fast model that the enemy couldn't afford to ignore and punished the enemy harshly for killing them.

This has something to do with the Masters, I promise. Stay with me.

For weeks now on the Bayou Broadcast (http://bayoubroadcast.podbean.com/), Craig Johnson (UKRocky) has slammed the hell out of Ten Thunders. When asked to rank the M2E factions competitively, Craig’s list was effectively “In last, Ten Thunders. Above that, all the others in a tie.” Most of this concern came from the lack of a cheap objective grabbing model in the crew, which is a big deal in the current environment and definitely puts them at a handicap. Every faction in the game can out-activate Ten Thunders if they want to, unless you’re going to take lots of Monks of the Low River, who Craig has openly panned. It’s easy to see why, given that the Monk has no attack actions and doesn’t move that quickly (their function is primarily to remove conditions.) The Torekage (ostensibly the “objective grabber” of the faction due to their ability to walk out of engagement as well as teleport off of other friendly models) is much more expensive than what you can find in other crews. This is a struggle for the faction as a whole and led to Craig’s dismissal of them as a competitive option (at least publicly. Craig is infamous for underselling his own abilities and the abilities of his crews.) 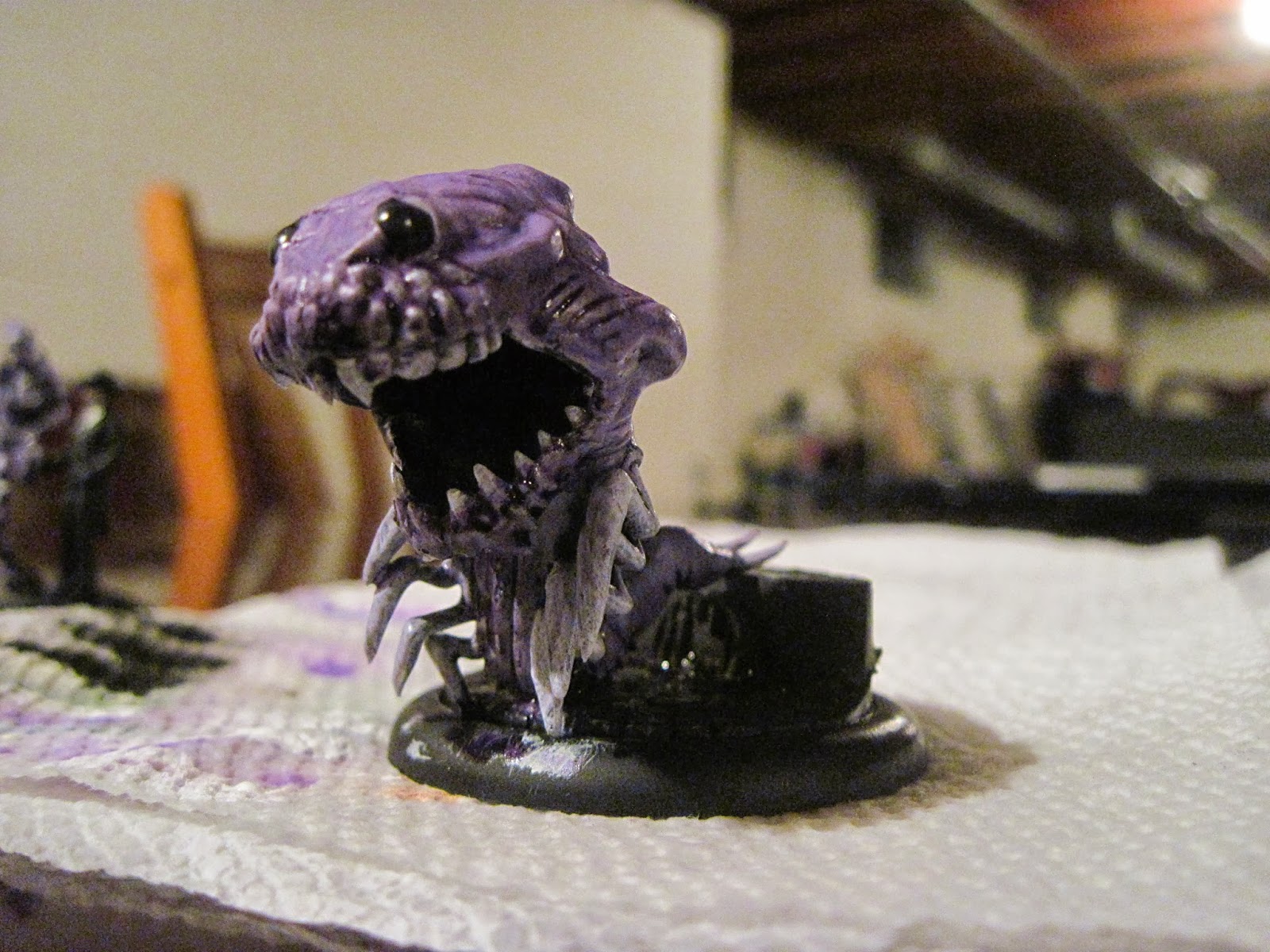 Now, I’ve already stated how much I love Jacob (http://midwestmalifaux.blogspot.com/2013/09/breaking-lynch.html), and I’d be lying to say I wasn’t gratified to see some of the strengths I was promoting coming to light. As they discussed on today’s Fools Daily (http://malifools.podbean.com/), the obvious reason for his power is the free face-smashy model (pictured above) that you get just as a reward for playing him, while the less obvious power comes from his card advantage and ace-discarding shenanigans. Now that the Neverborn upgrades have been toned down, the choice of faction for Lynch becomes much less of an auto-select than it used to be. I still tend to favor him as Neverborn, but I think Craig has demonstrated pretty effectively that the other side works well. Also, on his twitter feed today he’s mentioned that removal of conditions is a much more important part of the game than he had given credit, so now the much maligned Monk of Low River is beginning to come up a bit in his perception. I myself need to get him (the Monk, not Craig) out onto the field to battle-test them, but I’m pleased to see the success for both the faction in general and Lynch specifically. And, of course, much congratulations to Fat Craig for his victory. I look forward to his humble-bragging about it on the next Bayou Broadcast episode.

So as not to make this just a minifaux post (ooo, I just coined a new term,) I’ll talk about a game I played recently. This is really a re-visiting of an earlier topic (http://midwestmalifaux.blogspot.com/2013/09/the-misaki-switch.html) wherein I discussed Misaki tactics and another post (http://midwestmalifaux.blogspot.com/2013/09/raw-deal-card-access-and-my-concerns.html) wherein I slammed all over Tara for being ugly and bad (still my most popular post to date.) This was of course played over Vassal, as I still live in the Malifaux dessert of Western Virginia. My opponent was Jon, and he wanted to see what he could do with the Nothingness. The best part, of course, is I get to reuse one of my graphics. 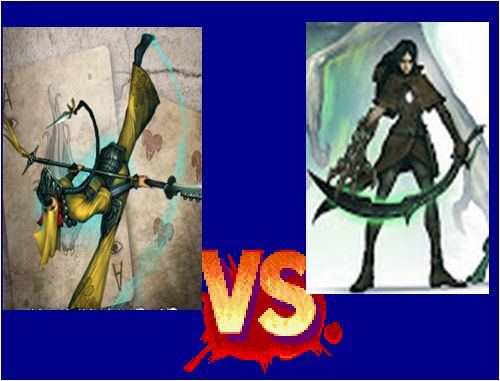 The game was played a couple of weeks ago, so I’ll stick to the highlights and then move on to analysis. I hadn’t played Misaki in a while (as a matter of fact I have played exactly 2 games with Misaki in M2E, coincidentally both versus Tara,) but I decided to put my money where my mouth was and try out my defensive build for the mistress of the Ten Thunders. We were playing Reckoning with a very passive scheme-marker-based pool, so I wanted to try out Oiran for Lure tactics, Rail Workers to get my model count up, and see if I could just plant Misaki in the middle of a quadrant and say “Come on if you think you’re tough enough.” Jon was learning to play Tara and wanted to get the box set on the (virtual) board along with some other stuff he wasn’t familiar with, namely Hannah and Hans. I joked afterwards that Jon loves Killjoy and will bend over backwards to fit him into any list he builds, yet for whatever reason he made the decision not to include Killjoy in the crew that he probably works best with!

Weeeelll, you know what Mike Tyson says about plans, namely that everybody has one till you get punched in the face.  I had protect territory and frame for murder on one of the rail workers for my schemes, and was basically planning on turtleing up with Yamaziko and the Rail Workers in one quadrant and using Misaki to go control somewhere else, with the Torekage’s burying tricks to move them to where they need to be at the end of a turn for control. Since you don't need to prevent your opponent from scoring in M2E Reckoning, all I needed was to control my two quarters and deny him some scheme points and I would be set. And did I mention how smart I felt about the thought of burying my Torekage to move them around the board to control quarters?

Those of you with brains who remembered that I’m playing Tara probably see the flaw in this strategy right away, as the one time I was foolish enough to try it my Torekage emerged back into the field of play with 3 wounds and some burning tokens. Also, Hans was sitting on the other side of the board, picking at anybody who stuck their face out and laughing at my Torekage’s silly smoke bombs. Also, Hannah had shut my Oiran’s Lure down because of her counterspell. Also…ok, look, you get the idea. My plan was dumb. Even the part that did work, the turtle with Yamaziko to prevent charges on my crew, ended up biting me since it meant the Rail Worker didn’t get murdered until we were past where I could get the bonus points for the scheme.

So, knowing that the plan had failed, I changed to aggressive Misaki without the proper upgrades, if only to shut Hans and Tara down. Jon did a fantastic job of saving Hans from me by burying him with Tara, but in doing so left Tara in position to be Assassinated (a weakness for this crew's low hand size that I had noticed when playing her previously.) I was still rather impressed with the Last Blossom related mobility during the game, as much of the Torekage and Oiran’s jobs for the remaining turns became “dash between quarters to avoid the Nothing Beast and ensure we score.” The Nothing Beast (his name must always be capitalized) with movement 7 from an Outcast Upgrade was pretty tough to get away from, but there was no other option since the crew wasn’t tough enough outside of Misaki to deal with him, and she was busy elsewhere.

In the end the game finished up with an 8-9 loss for me. I have a new appreciation for what Tara can do when she is rolling, given that Jon had never touched her before and basically had me beaten from the first turn of the game. I still don’t really LIKE her, as I detest having no hand and being reliant on what the fate deck feels like giving me. But, I am willing to acknowledge that there is much more to her than perhaps I had previously implied. I l look forward with some trepidation to seeing what Jon’s going to do with her, as he had never heard about using Killjoy or *shudder* Bishop in this crew, with Tara functioning almost like an old-school Dreamer that floats around and drops a big bag of pain in the middle of the enemy.

In the meantime, my impression of the defensive Misaki build was a bit mixed. I don’t think I gave it a very fair shot here, as I basically had to abandon the plan on turn one to prevent Hans picking us apart. It would have been difficult to use in this particular game regardless, as the Nothing Beast and Hannah all have large melee ranges to prevent her dancing away from combat. Moreover, I’m not sure it really fits my play style that well. My natural inclination is to attempt to dictate the terms of the engagement to my opponent rather than sit back and wait for them, but I consider this more of an opportunity than a liability. I need to learn how to play this way for my own benefit, so handcuffing myself into it like this may be a good way of accomplishing that.

Also, I found this (http://en.wikipedia.org/wiki/Hwacha). Justin needs to make this for Ten Thunders.