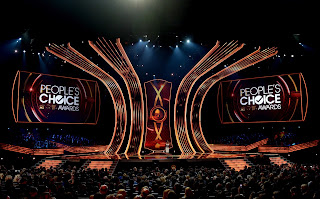 Welcome, ladies and gentlemen, to Malifaux's Greatest Award Show (by default,) the 2015 Musie Awards! Generally speaking, I tend to focus my thought processes and attention on the competitive side of the Malifaux miniatures game, looking at it in terms of strategy, crew composition, and what is most likely to give you a win in a particular stratety/scheme set-up. There’s a reason my podcasts of choice tend to focus on shows like Before We Begin and (anything Joel Henry is on) rather than those that pay more attention to hobby and collecting. It’s not that I don’t like those other shows, it’s just that I only have so much time and this is the part of the game that interests me. Perhaps not unexpectedly, as I’m listening to these I get a passing view of which factions and masters are winning consistently at the major tournaments over the course of the year. As such, I thought it would be useful and interesting to look back at 2015’s Malifaux Tournament scene with an eye for which factions did well in the competitive environment. I focused on tournaments that either A) had 20+ attendees or B) were a qualifier/golden ticket event for the UK or US national championship (or, of course, were those respective championship tourneys.) First, a few disclaimers that will apply to this first iteration of the awards: 1) I had to have access to the results, so they focus on those which are available through the UK and US Malifaux rankings site. Additionally, I turned to the Malifaux public themselves for some filler data on tourneys I was missing, and I threw in the Nythera event results because it A) had the most players of any event and B) probably gave the closest representation of the aggregate competitive level of Malifaux factions across all of the playing public.
2) I don’t have which masters were used in each tournament, so I elected to not include that in the tracking. Next year I hope to correct this.
3) I wasn’t present for any of these tourneys, so all information has to be second hand. I’ve tried to stick to only data given to me from participants/organizers, but I’m not ruling out the possibility that something in here is incorrect.

The final list of events included in this compilation is: Adepticon, Gencon Avatar of Malifaux tournament, the NOVA Open, the UK Grand Tournament, The UK Masters Tournament, the Nythera Worldwide Event, Brooklynfaux II, Live Free or Die Cheating, Captain Con, Mali-Fest, Templecon, Connecticon, Isle of Faux, Cow Wars, Haul of Eggs, the Scottish GT, Deliverance, and Play More Games. From a first look at the data, what do I see? Well, in terms of attendance at the major tournaments, the UK wins mostly on the back of the 88 people who were at the UK GT. This is just staggering, and is a testament to how popular the game is in the UK per capita and, possibly, the advantage of having all of the player base on a handful of islands rather than spread across the entire continental US. It was impressive to see that the US could field a similar number of high player base ranked events as the UK, however, as the disparity between US versus UK events was only 1 (9.5 vs. 8.5, as I split the Nythera event between the two.) Also encouraging is the fact that each faction had at least one win at a major tournament this season, a testament to how wide-open the meta is for Malifaux’s competitive scene (or, as some might argue, it may just be a comment on the fact that the meta is constantly evolving and no one has quite figured it out yet.) But, this is supposed to be an award show, so let’s get on to the awards.

To start with, the Musie for US faction of the year goes to

A lot of this comes on the back of the Guild winning both the Gencon Avatars qualifier and the NOVA Open, as well as the Nythera event. Hot on their heels are the Outcasts and Resurrectionists, with two and three major US events each. Two factions (Neverborn and Arcanists) failed to take down one of the major US tournaments included in the data set. It would be interesting to break things down into smaller, more localized meta reports for who wins in certain areas, as I would bet the differences would be pretty significant. Two of the Guild wins that got them this award were from the same player in subsequent tournaments, but the Resurrectionist wins were also clumped (around a certain Guy in Suit) so it’s possible this picture isn’t as complete as it could be.

Next up, the Musie for UK faction of the year

…goes to the Resurrectionists!

The Rezzers put together a strong resume of tournament wins in the UK in 2015, taking down both the UK GT and the Masters. The Neverborn ended up with two major tournament wins as well, but I gave the edge to the dead-folk due to overall population of the tournaments that they won. Two different factions failed to win one of the major tournaments. One of the missing factions, interestingly, is the Guild. The disparity in Guild results in the UK versus the US consistently fascinates me and was probably one of the most interesting outcomes of this research. What’s the deal here? Are there just not as many strong Guild players in the UK as in the US? Did the differences in the two meta-games open the door for a more dominant, destructive Guild list to win out here where it was countered there? This is worthy of closer investigation, in my opinion. Look for a future blog post examining that.

Speaking of the UK’s staggering tournament attendance, it should perhaps be no surprise that the winner for the People’s Choice Award Musie (combination of wins multiplied by attendees at the majors) goes to

Again, the UK GT skews this result strongly in their favor, but it says something that the Rezzers came out on top of a pile of 88 of the UK’s best and brightest. That is a meat grinder, to be sure, and deserving of respect. Outcasts come in second here, with none of the other factions cracking triple digits.

The second to last Musie we’re going to call the Wooden Spooner award (with nods to self-described terrible Malifaux Player and podcaster Matt Spooner) we’ll give to the bottom of the pile faction. And really, are we surprised that this one goes to

This result is probably the least representative of what the faction can really do, as I would pin part of this result on the simple fact that, for a large part of 2015, most of the faction wasn’t available in plastic (or at all.) People don’t like playing proxies, and major tournaments generally aren’t going to let you get away with using them. Their one win (from the included tournies) was Play More Games, a tournament in Maryland. Look for this to change next year, as Ulix, Ophelia, and Rooster Riders are just one of the many scary things you don't want to see across from you on a table. It is fun to poke at the perpetual little-brothers of Malifaux, however, and remind them that they still aren't a real faction. I was also surprised that the Arcanists finished as low as they did, considering they had the Mechanical Rider and pre-nerf Iron Gamins all year long. The one win included was Martin Wodehouse at the UK's Deliverance tourney (and how Gremlins didn't win that, I'll never know.) Now, they finished on the podium for a large number of these tourneys, so if I was including this I think they would have finished stronger. But still, that one really surprised me.

So that leaves us with our final award, the Musie for Faction of the Year: Most major tournaments won worldwide. If you’ve been reading through the rest of the article, it should perhaps not surprise you that the winner is…

With five major tournament wins worldwide and strong showings in both the UK and US metas, I think it’s no surprise that the deadheads are the winners here. Encouragingly, this was not a matter of the same single master or list winning these tournaments (though Kirai was well represented in both, as Andrew Weakland and Joe Wood, among others, have demonstrated her strength as a master quite convincingly at this point.) Seamus and McMourning were well represented here as well. Runner-up for the award is the Guild, again coming entirely as a result of victories in the US meta and their victory in the Nythera worldwide event. Honorable mention goes to the Outcasts, as Jack Daw and Leveticus led their faction to three major tourney wins.

Well, that’s first effort at putting together a Musies award show, as much as I could do with an informal poll after the fact. Next season I hope to poll the major tournament organizers and winners as the events come along, giving me better information and making for some cool interviews and insights from the players on sight. I’d love to attend some of them in person (and that may happen for Gencon, if nothing else) but I think this is the next best thing. I’d love to get comments and suggestions from readers on how to improve these for 2016, and I’m sure some people disagree with the results I have here. I love to have comments, so feel free. But in the meantime, thanks for reading. Enjoy the post-award show parties. Try not to take too much Brilliance.

Posted by AgentRock at 3:43 PM No comments: