Through the Breach Bits: Introducing Soulstory and Presenting Three TTB FM Characters For Your Campaign 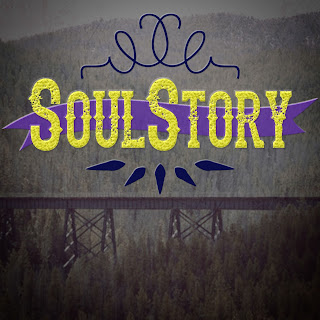 In honor of the launch of, to my knowledge, one of if not the first Through the Breach actual play podcast, I decided to go through some random bits and bobs I’ve been tinkering with for the roleplaying game. But before that, let’s mention the thing that inspired this, the Soulstory podcast.
Soulstory is, at first blush a standard Through the Breach game (I haven’t listened to all of them yet. They’ve put out a lot of content in the first couple weeks of life to try and push themselves up on itunes new podcasts ratings.) There are four Fated, whose stats are not currently revealed to the listeners, including a bounty hunter who fancies himself a ladies man, a guild fighter with a dark past, a doctor with PTSD and an ability with fire magic, and a murderer on the run. They are thrown together in the initial game session by being tied to the same mission to cleanse Malifaux rats from the city. If you’ve never heard of an actual-play cast, the crew runs an RPG session and records it before publishing it to the wide world. Some of them can be just raw audio, but SoulStory is edited and produced to make for a smoother listening experience. Also, they’re putting the rules behind the story for the time being, particularly the intricacies of the + and – flip mechanics which can be a bit intimidating for newer players.
I’ve been listening to actual-play pods for a very long time. They’re a good way to hear new adventures and pick up some game mastering tips. Since then, the introduction of the wildly successful Critical Role Dungeons and Dragons show and the advent of twitch streaming has caused them to explode in both quantity and quality, which thrills me to no end. I have been thinking for some time that Wyrd needs a Through the Breach version of these, and had considered throwing my hat in the ring, but ultimately decided that I didn’t have the time or technical knowledge to make it happen. I’m excited, then, to see Soulstory making the first moves into this venue. If you’re interested, go to soulstorypod.com and give them a listen and, if you like what you hear, give them a rating on itunes or whatever pod rating things are out there.

So, some Through the Breach quick hits. A while ago I started tinkering with ideas to put into a Through the Breach game at some point in the future. As of this writing, most of my time playing the game is spent playtesting upcoming Through the Breach stuff (wait till you see what’s coming in part 4 of the worldwide event, folks. It’s pretty cool.) This, of course, is not something I can write about. Also, Phiasco’s using the rules engine to run a game of Firefly, but that doesn’t always make for great fodder here either. As such, the detritus has collected in a notebook. Time to share some of it with the world.
I’m more of a fan of the Badlands area than Malifaux proper, if I’m being honest. It’s not that I hate the city or anything. More that the frontier is more of a blank slate in which I can paint. That’s the reason for the original creation of my campaign hook, the Phantom Line, being set out there. I’ve since come up with some other stuff from the wilderness I’m workshopping. Here’s what I’ve got so far.
***

The New Chiricahua is a tribe of Native Americans that relocated to Malifaux to live in the wilderness rather than accept relocation to a reservation. The idea came from one of Dan Carlin’s Hardcore History casts called Tears of the Apche, detailing the numerous conflicts the US army came into with that tribe, leading up to the last break-out Geronimo led in the 1880s. I was a little stunned that the Apache were still such a threat even that late in our history, and I was more than a little sad that these knowledgeable frontiersmen and warriors eventually lost simply due to lack of numbers and resources. I wanted to give their story a different ending.
In the history of Malifaux, Neverborn refugees transferred to Earth long in our world’s past through one of the lesser known breaches, intermixing with the native American tribes and crossbreeding with them. Over time, this Neverborn blood has become diluted, with only a few of them showing any inclination towards magic. Some of this was awakened with the opening of the first Great Breach in the 1790s, leading to many of the local tribes regaining some of these latent powers. Still, the Black Powder Wars and the strength of the US army (backed with Guild resources, of course) were more than these Apache rebels could handle. Eventually, led by the famous medicine man Geronimo, the Chiricahua broke out from their reservation and ran into the hills, guided by a vision to a small breach in Arizona near Skeleton Canyon. With the Guild’s troops hot on their heels, they knew their only hope lay in escape. The small breach, however, wasn’t large or stable enough for them to pass through. Seeing this, the ancient leader channeled his life force into a ritual to temporarily force it open, letting his people pass through before he collapsed. The Chiricahua found themselves in an ancient, unknown land, and Geronimo died a free man, saving his people in the process.
Meanwhile, the Chiricahua had to learn to survive in Malifaux. The ancient Badlands are honestly not that different than their homeland, and the awakened magics in their blood helped them to adapt and thrive by channeling the elements or shifting their bodies to take on aspects of the creatures they’d long worshipped. They’ve come into conflict with the Neverborn over time, but have since made an uneasy peace with the locals. Both sides raid each other periodically, but both understand that this is done culturally as part of avoiding escalation to a larger conflict, rather than as inevitable steps towards a battle that would only end in grief for both. They have spent the intervening years making a new home for themselves, and have watched with some trepidation as humans have returned through the “second” breach. Hostilities seem inevitable, and the Chiricahua find themselves trapped between their own species and their erstwhile Neverborn “allies,” trying to find the best ways to survive and protect their new way of life. 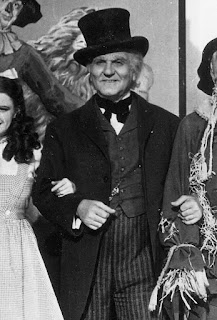 Herman Wipple came to Malifaux, a penniless nobody floating from one scheme to the next with no prospects. He soon found himself on the wrong side of some ill-advised investments with the Katanaka Organization, on the run from debt collectors. One evening he found himself in a place that is always welcome to those who are down on their luck but with a glimmer of untapped talent: The Honeypot Casino. After one evening with the good stuff, Wipple could be found standing on a tabletop in the saloon, expounding on the many merits of his particular brands of tonics and snake-oils to a delighted audience until the earliest hours of dawn, and the establishment’s proprietor found himself a new sales opportunity.
The Honeypot is a fantastic way to channel Brilliance into the community of Malifaux, but the outlying towns and districts are another matter. To spread the Hungering Darkness’s influence there, Lynch has taken the man into his employ and given him a store of the drug to peddle in the contract towns of the Northern Hills or the Badlands. “Professor Wipple’s Cure-All” is thus sold out of the back of the man’s wagon to unsuspecting rubes as a means of easing their various maladies, facilitating work crews to put in extra overtime and work more efficiently, and inspire the intellectual to greater feats of creativity or magical alacrity. When, weeks later, the cure-all runs out and Professor Wipple’s cart has proceeded down the road to the next stop, a voice in their ear directs them to the Honeypot to get some more of the good stuff, with none the wiser as to the source of this debilitating addiction.
Wipple’s success has so-far managed to keep his debtors at bay and keep the Hungering Darkness from coming to claim him. The more he sells, the longer he gets to live. But, he knows in the back of his mind that he’s living on borrowed time, and a bad week of sales could end him forever. 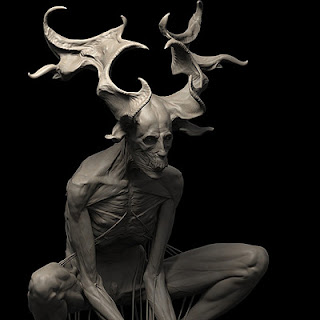 It takes a lot to make a tribe of Nephilim particularly notorious. The average human probably couldn’t tell one of the purple-skinned creatures from another if their life depended on it, so the fact that the Pale-Mark tribe is whispered of in taprooms and stagecoaches near the Far Peaks should give an indication of the level of savagery to which they have descended.
Nephilim attacking humans is not a new thing. Nephilim drinking blood or consuming flesh also is nothing new. But Nephilim descending on livestock, horses, wild animals, or even other Nephilim and consuming them entirely is something else. Rumor has it that they wandered off from their people’s forests to live in the mountains at some point in the distant past, either being driven off as exiles or choosing to make a break with the other tribes. Eventually, they found themselves trapped by a severe winter that drove them to the brink of death and forced them to turn to cannibalism to survive. And, in doing so, they accepted a deal with an ancient entity of hunger and cold, which has since driven them nearly to the point of madness and cannibalism. There are other whispers that members of the Pale-Mark have been seen working with some of the wild-men from the northern mountains, though these are almost too ridiculous to be believed. What is known is that something has started to drive them down from their mountains, and they’ve been preying on stagecoaches and settlements ever since. What’s caused this is unknown, but it seems like someone is going to have to go deal with them before more innocents are sacrificed to slake their endless hunger.