It's time for what is rapidly becoming one of my favorite parts of this blog, the chance to showcase some premium artwork of Malifaux models from around the world.

The third round of Iron Painter has come and gone, and we're on to round four. There were a number of great entries, including this one submitted to us by Bozydar Nowicki of KPR Miniature Painting Studio. The theme was Stranger Things, and there were some awesome takes on that. You can follow the link here to the voting thread to check out people's submissions. Round four has started, with the theme "Anything that can go wrong will go wrong." Hopefully we'll see the creativity really continue to take off!

My efforts so far have consisted of working on my LE Barbaros, after having gained an appreciation for him in a test game of the new Titania (will probably discuss that more in the next strategy blog post.) He looks like this now. Not entirely done, and realized later that his torso is supposed to be skin, not metal. Not sure if I'm going to fix that or just assume he has really, really tight-fitting armor. 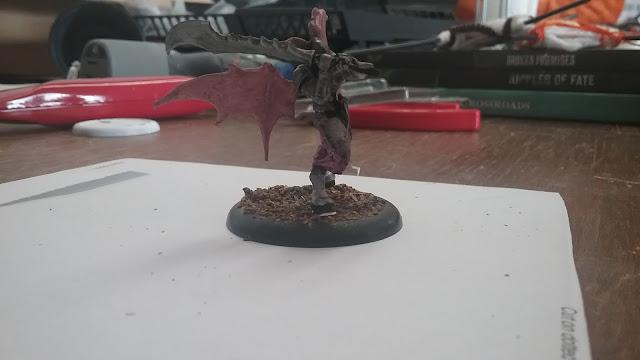 Next weekend is the Southeastern Malifaux Players Group's holiday tournament, Treacherous Allies. Phiasco and I had a blast at it last year, so I'm going again. This year's tourney is going to include a cosplay award, which I may even take a stab at. But, I have to get my proxy for Gwynneth Maddox ready. I built her from the TTB multi-part kit, but gotta get some paint on her so she can go hand out all the tasty, tasty drugs (the first one's free, you know.) 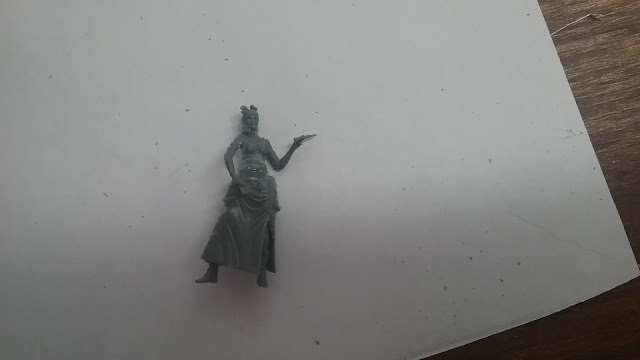 And in case I didn't totally spill the beans there, I also have these two mooks and a third Illuminated to get some paint on for the tourney as well. Could be a busy week at my painting table. Or not. It also could be a slow and boring week, because I'm too busy elsewhere. We'll just see. 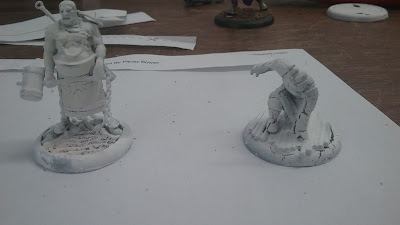 Now, from people who are better painters than I am, let's take a look at some more stuff. First of all, Havok100 actually sent videos of the three Guild masters he's painted, the original femme fatales, Sonnia, Perdita, and Lady J.

Next up, Maciej Bonclawek has some Kentauroi that are ready to ride. 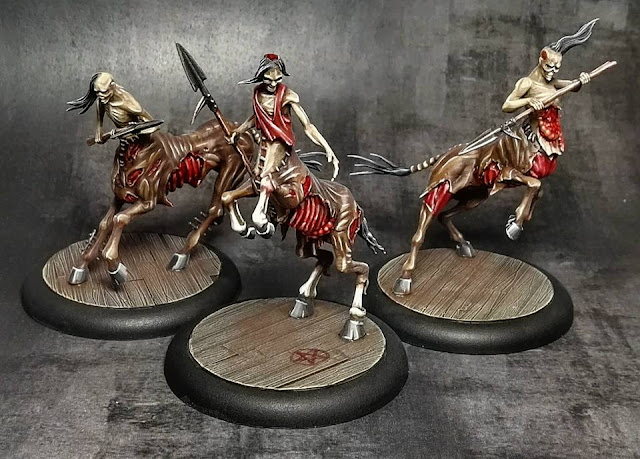 For an interesting conversion theme, Wiezman Painting Studio has done up a full Tara crew in the theme of Cthulhu mythos. Here's a pic of the man himself. Follow the link to check out more. 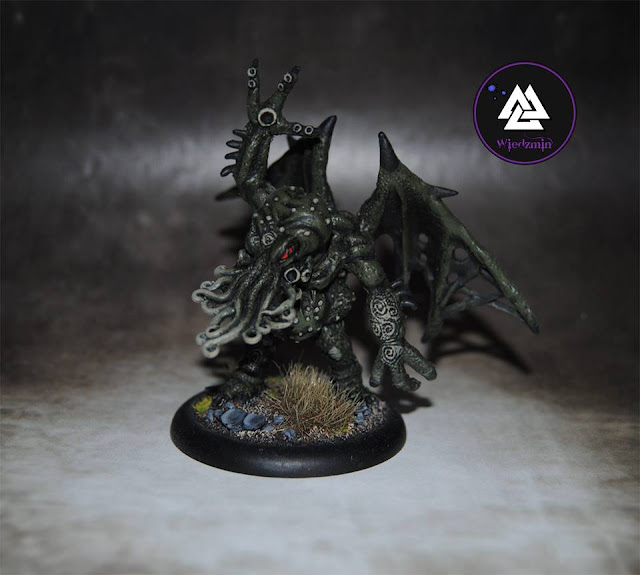 And, like the Macy's Thanksgiving Day Parade, we'll finish off this Thanksgiving feast of painting with a little holiday cheer, a Christmas card from Pandora and pals by James Molini. 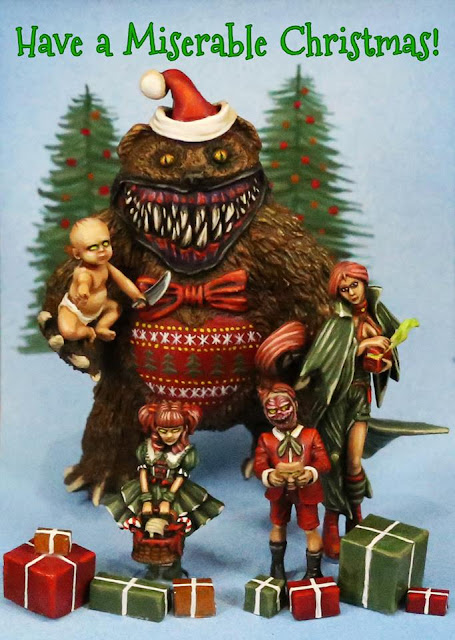